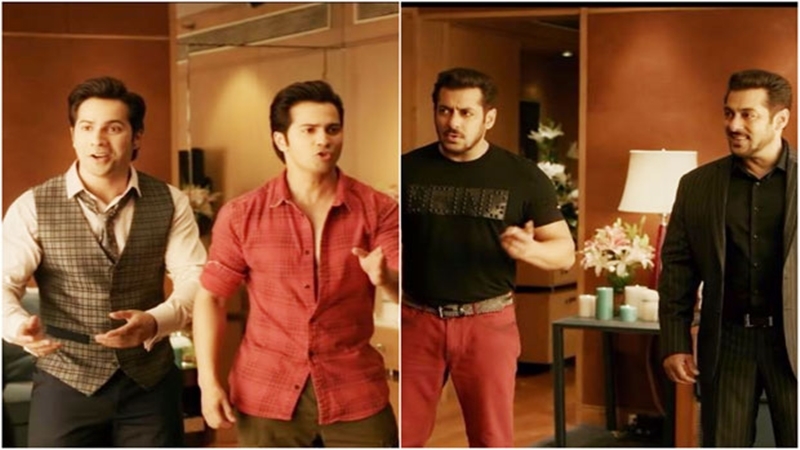 Varun Dhawan is bringing back the Judwaa in a modern way with David Dhawan directorial, Judwaa 2. Starring in a double role for the first time, Varun Dhawan has taken up Salman Khan‘s roles as Prem and Raja in the remake of the film. With the movie releasing next week, the hype around the film is just increasing.

One of the reasons the fans are super excited for Judwaa 2 is because Salman Khan is making a cameo in the film. But, what’s amazing is original Prem and Raja will be meeting new Prem and Raja and it is very interesting. While Salman’s glimpse wasn’t revealed in the trailer, a new teaser gives a peek into their meet up. In a newly released teaser, Judwaa 1 meets Judwaa 2 and are shocked to see each other and utter – “Hailaa Judwaa?”, to which the Salman replies, “Original Judwaa, you two Judwaa 2”.

In an exclusive interview with Bollywood Hungama, Varun Dhawan expressed his excitement over working with Salman Khan in this film. He said, “It’s the first time that Salman Khan, in 20 years, is returning to his own film Judwaa 2. This is a sneak peek and will progress with the story.” Then, he went ahead and showed the teaser live.

Directed by David Dhawan and produced by Sajid Nadiadwala, Judwaa 2 will release on September 29.