Want to know how Shahid Kapoor is in bed? Mira Rajput REVEALS! 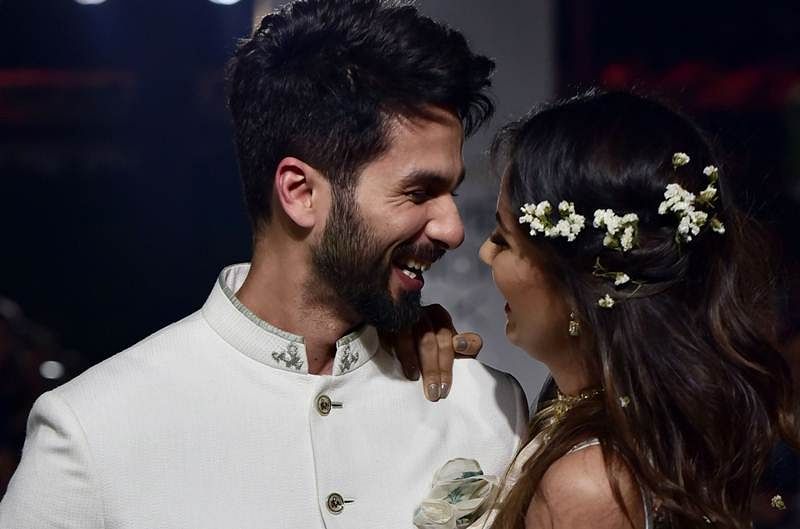 No this isn’t a click bait headline. Mira Rajput, Shahid Kapoor’s ‘baby wife’, is at it again and no one can stop her. We know Mira has her own opinions and does not shy away from expressing them. Though she comes from a non-filmy background, she has never been camera shy or felt bogged down with the pressure of being a Bollywood star’s wife. She made her blockbuster debut in showbiz after she came on Karan Johar’s controversial reality show Koffee With Karan last year, since then there is no stopping her. Well, the actress was seen making controversial statements on mother hood and working moms last year and later even dissed Shahid’s alleged ex Vidya Balan on her dressing sense! Oops! Now we know that Mira has no filter and who knows, maybe that’s what makes her endearing to her hubby dearest.

Well, so Mira is going to come back on screen with Neha Dhupia’s show Vogue BFFs and she is going to set the screen on fire with her craziest (to us) and embarrassing (to Shahid) revelations about everything from their relationship, Misha to sex life! In the Secret Spice session of the show, Neha asked her how they spice up their arrange marriage to which she replied that they never had bad sex. She was later prodded to reveal her favourite sex position to which she said that Shahid, being a control freak that he is, tells her what to do in bed. Well, this left Shahid RED FACED. She even said that Shahid is the biggest bore on planet when it comes to partying and that made him feel even more embarrassed! This is not it; Shahid also spoke about his cheating exes! Haaw! This week’s episode truly is UNMISSABLE. On work front, Shahid just had the biggest hit of his career with Padmaavat. He will be seen next in Batti Gul Meter Chalu.

HomeCmcmWant to know how Shahid Kapoor is in bed? Mira Rajput REVEALS!