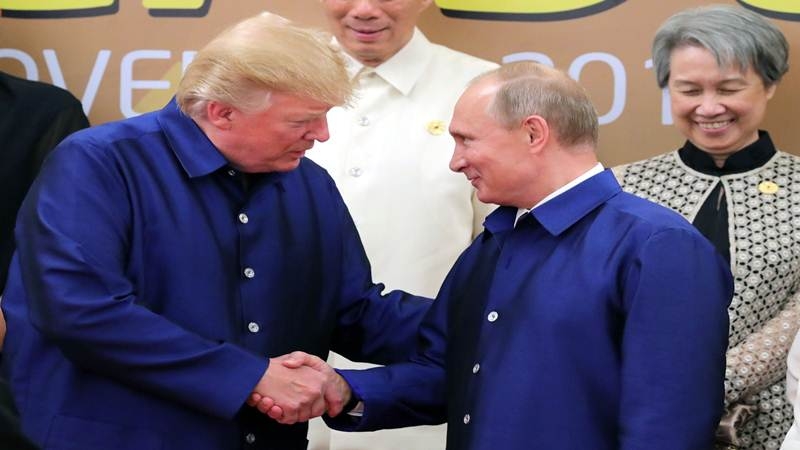 Da Nang: Russian President Vladimir Putin and his U.S. counterpart Donald Trump shook hands and exchanged a few words at the Asia-Pacific Economic Cooperation (APEC) summit in Vietnam. The two leaders had an opportunity to do so while the summit’s participants were taking a group photo wearing the national costumes of the host country, Tass news agency reported.

The two leaders, both wearing oversized, blue traditional-style Vietnamese shirts provided by the host country, stood next to one another for a picture. Trump put his hand on Putin’s shoulder in a friendly manner as they exchanged a couple of words at the summit.

Earlier, White House had said that the two leaders will not hold a formal meeting due to scheduling conflicts on both sides. “There was never a meeting confirmed and there will not be one that takes place due to scheduling conflicts on both sides. We’re not going to be able to make anything work, White House press secretary Sarah Sanders told reporters aboard Air Force One on Friday.

“There’s no formal meeting or anything scheduled for them. Now, they’re going to be in the same place, so are they going to bump into each other and say hello,” she added.