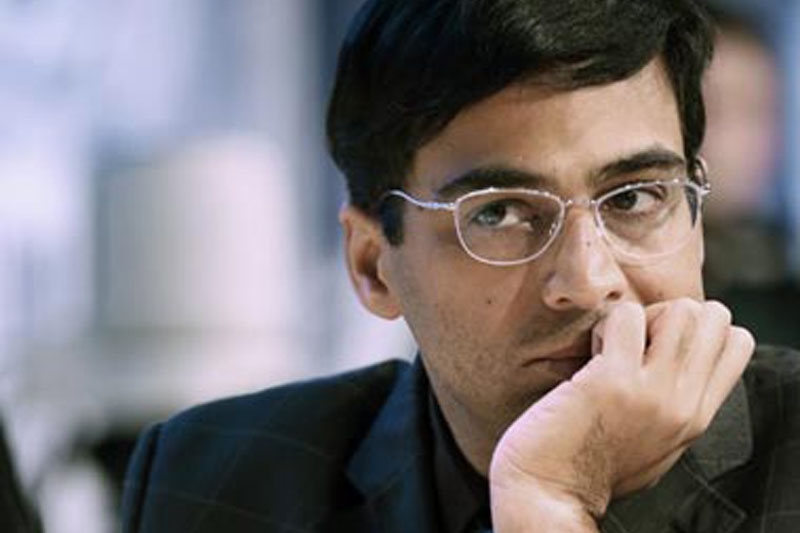 St. Louis (USA) : Five-time world champion Viswanathan Anand crashed through the defences of world number two Fabiano Caruana in the fifth round and jumped to the joint second spot in the Sinquefield Cup.

If the first four games were easy draws, Anand showed to the world that he was patiently waiting for his chances. The Indian showcased one of his best games in recent times, a game that will find its way in the collections of best games ever played by Anand.

Caruana clearly overestimated his chances in the middle game, arising out of an English opening. Not going for the tried and tested variations, the American managed a decent position with his black pieces but then got tempted with a tactical sequence that spelt doom. Caruana’s judgement was not by his side but Anand was at his best in calculation as he figured out a beautiful combination involving a queen sacrifice. Putting his queen en prise, Anand knew it was all over and it took a moment for Caruana to register the facts on board. The game lasted a mere 29 moves.

The victory took Anand closer to the tournament leader Maxime Vachier-Lagrave of France who tried to complicate but could not scare Levon Aronian of Armenia. The draw for the Frenchman meant he inched up to 3.5 points out of a possible five while Anand is now right behind him on three points along with World Champion Magnus Carlsen of Norway.

Carlsen meanwhile recovered greatly following a loss to Vachier-Lagrave in the previous round. On the receiving end was Wesley So of United States who has been clearly struggling to carry on with his stupendous form last year when he won literally everything.