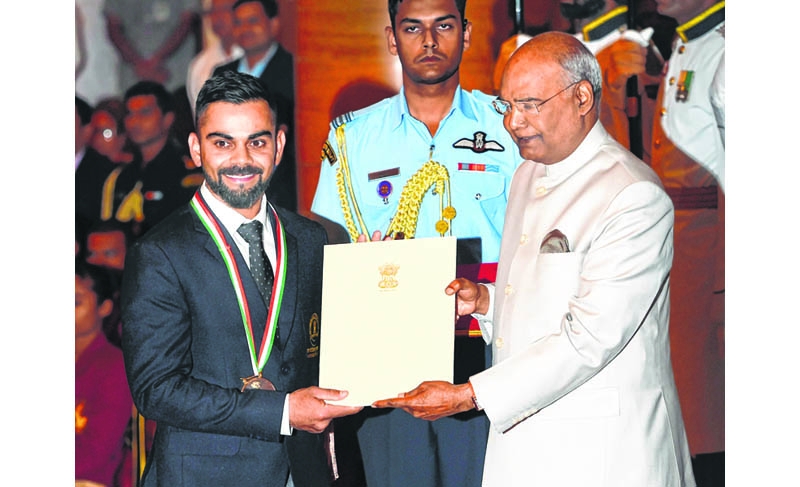 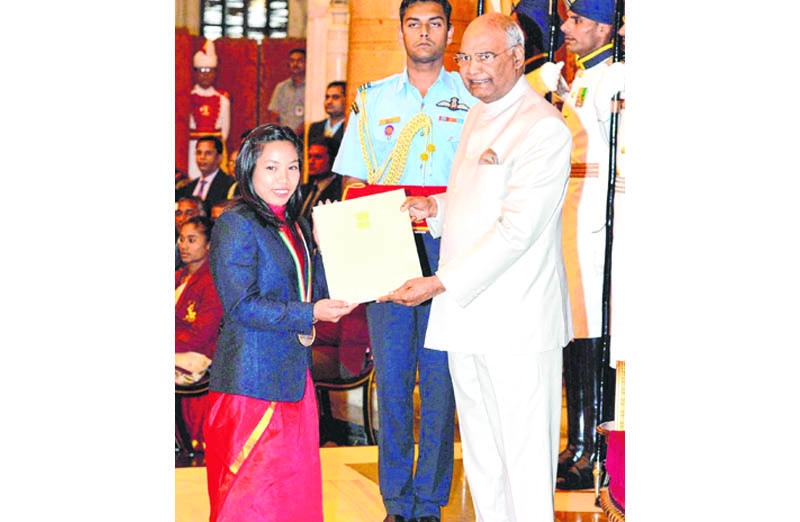 Star javelin thrower Neeraj Chopra, who won gold medals in the Commonwealth and Asian Games this year, and junior world champion sprinter Hima Das were among the 20 sportspersons, who received the Arjuna Award from President Ram Nath Kovind here.

The ceremony, which is traditionally held on August 29 to commemorate the birth anniversary of hockey legend Major Dhyan Chand, was pushed to September 25 this year to avoid a clash of dates with the 18th Asian Games in Jakarta and Palembang, which concluded on September 2. Kohli was accompanied by his actor wife Anushka Sharma, his mother Saroj Kohli and his elder brother Vikas at the ceremony.

Kohli is the third cricketer to be honoured with the Khel Ratna after batting legend Sachin Tendulkar (1997-1998) and former captain Mahendra Singh Dhoni (2007). The World No.1 Test batsman as per the ICC rankings, has been in stupendous form in the past three years though he missed out of the top award despite nominations in 2016 and 2017.

Kohli received the Arjuna award in 2013 and the Padma Shri last year. Kohli arrived through a separate entry just before the start of the

ceremony and left as soon as it got over.

Sharing the top honours with him was Chanu, who had received the Padma Shri earlier this year, was chosen for the Khel Ratna following her gold medal in 48kg category at the World Weightlifting Championships last year.

She also bagged the yellow metal in this year’s Commonwealth Games but didn’t compete at the Asian Games due to injury. “It was a huge honour for me. I never expected I will receive the award so early in my career. It is one of the happiest moment of my life,” Chanu said.

Chanu, who missed the Asian Games due to a back injury, said she has started training again but will return to the international arena only in April next year. “It’s been a week that I have started training again. The doctors have advised me to go slow so I will miss the World Championships in November. I am expecting to return at the Asian Championships in next April,” she said.

While the Khel Ratna award carries a prize purse of Rs 7.5 lakh, the Arjuna awardees are given Rs 5 lakh each along with a citation.

The awards, like every year, copped a fair share of controversies after wrestler Bajrang Punia’s threat to move court over Khel Ratna snub being the most prominent one.

He eventually backed down after meeting Sports Minister Rajyavardhan Singh Rathore. Before this, the Sports Ministry struck off compound archery coach Jiwanjot Singh Teja’s name from the list of Dronacharya awardees due to a past case of indiscipline. Teja resigned from his position to express his angst.

The Dronacharya Award was presented to eight coaches this year, including cricket mentor Tarak Sinha and 39-year-old boxing coach C A Kuttappa, who was credited by Vijender Singh for his historic Olympic bronze in 2008. The Dhyan Chand Award for lifetime sporting achievement was given to four former athletes.

Among the notable absentees was cricketer Smriti Mandhana and tennis player Rohan Bopanna, both of whom were to receive the Arjuna award. Mandhana is currently with the Indian women’s team on its tour of Sri Lanka while Bopanna is playing an ATP event in Chengdu, China.

Identification and Nurturing of Budding and Young Talent: Rashtriya Ispat