VIP 2 Lalkar Hindi trailer: Kajol vs Dhanush; who will win the challenge? 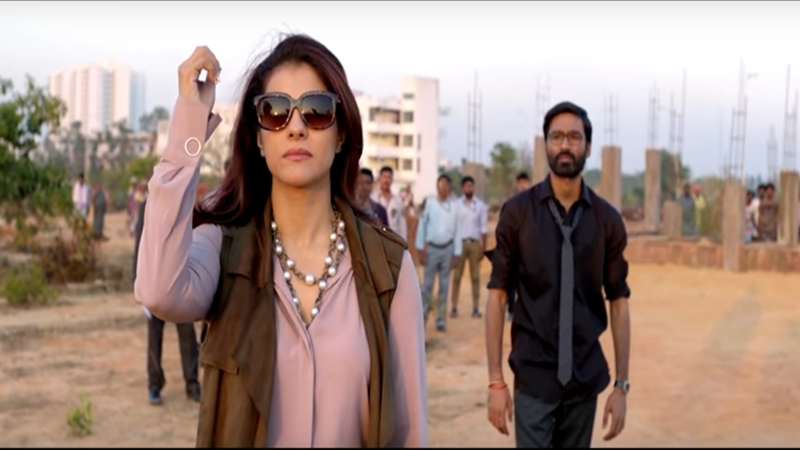 Hey, Kajol Fans! If you were eagerly waiting for your favourite star’s Tamil comeback film VIP 2’s Hindi trailer, then your wait is finally over. Because the Hindi trailer of VIP 2 Lalkar is finally out and as expected Kajol and Dhanush have stolen the show with their-power packed performances.

VIP 2 Lalkar trailer shows the solid tussle between big business tycoon Vasundhara played by Kajol and a civil engineer Raghuvaran aka Dhanush. The trailer shows how Dhanush accept the challenge from Kajol and becomes an owner of a firm to face business conflicts with her, who wants to make his life miserable.

Well, the most interesting part of the trailer is, Kajol and Dhanush’s dialogue baazi which is a treat to watch. However, Kajol had to work very hard while saying dialogues in Tamil. During the promotions, Kajol had revealed how Dhanush and Soundarya had tricked her into doing VIP 2. She said to Indian Express, “I was very nervous before I accepted the film because it’s difficult to speak and act in another language. Dhanush and Soundarya came over and they lied to their teeth, saying, ‘You should do the film because you won’t have to speak Tamil at all.’ But they proved me wrong on the first day when I got a long script with two scenes and huge dialogues. I didn’t know what to do with it. They said, ‘At least try’.”

VIP 2 is scheduled to release in August.

Till then, watch this solid VIP 2 Lalkar’s trailer –