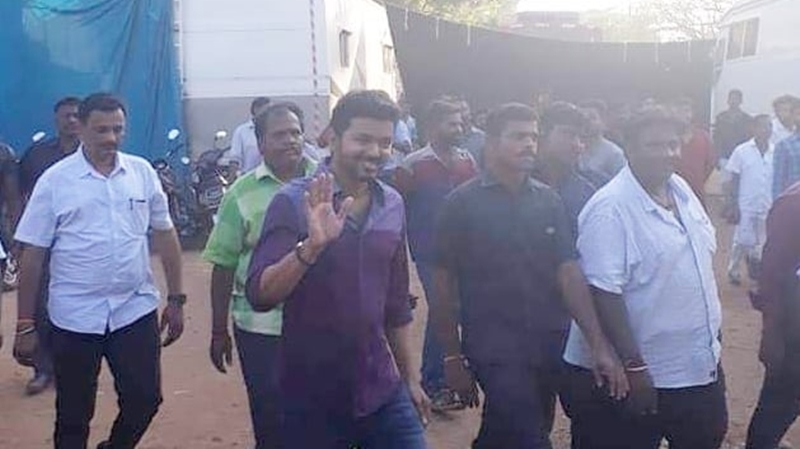 Vijay currently busy shooting for his upcoming untitled film, Thalapathy 63, in a video was seen rushing to protect fans from a falling fence. The actor shooting in SRM University in the outskirts of Chennai between the shots was seen walking towards the set fence to interact with fans.

The video shows him waving at the fans and walking towards them, throwing the crowd in a frenzy. When the metal fence couldn’t hold the mob’s weight anymore and began to dwindle, Vijay at first astonished, quickly rushed to support the fence up.

Here’s the video that surfaced on the internet:

#Vijay does what he does in movies – protects his fans once the fence falls down. A real hero and no better reason needed to SALUTE him. But, fans, be advised not to create a mob! #Thalapathy63 pic.twitter.com/4qczdH3XGf

As much as he is seen protecting his loved ones in his hit films, he also proved to be a true hero off-screen.

Vijay is said to be shooting for Atlee’s film opposite Nayanthara. Reports suggest the actor will be seen playing the coach of a women’s team, and recently underwent special physical training for the role.

The film, being produced by AGS Entertainment, was announced in November 2018 and went on floors in January. It also stars Kathir, Yogi Babu and Vivek in crucial roles.