Venus may have once been habitable: NASA 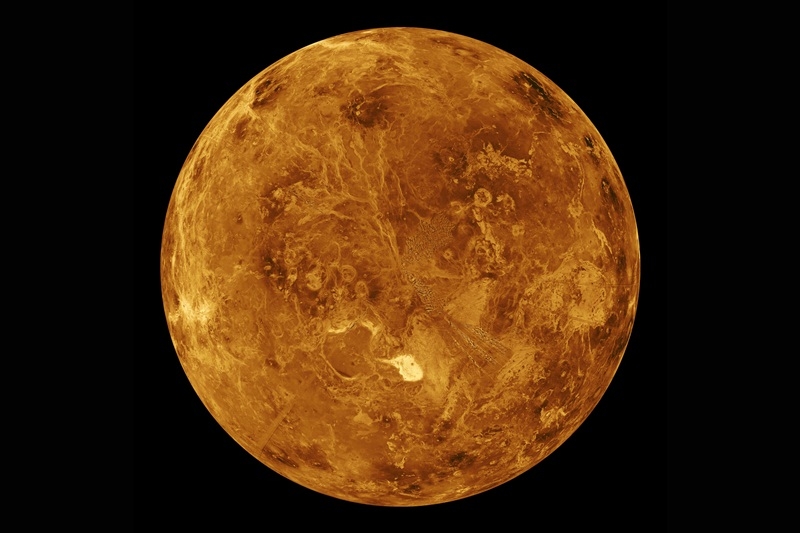 Washington: Ancient Venus may have been habitable, according to a new NASA study that suggests that the planet had a shallow liquid-water ocean and cooler surface temperatures for up to 2 billion years of its early history. The findings were obtained with a computer model of the planet’s ancient climate, similar to the type used to predict future climate change on Earth.

“These results show ancient Venus may have been a very different place than it is today,” said Michael Way, a researcher at NASA’s Goddard Institute for Space Studies (GISS) in New York. Venus today has a carbon dioxide atmosphere 90 times as thick as Earth’s. There is almost no water vapour. Temperatures reach 462 degrees Celsius at its surface, researchers said.

With no water left on the surface, carbon dioxide built up in the atmosphere, leading to a so-called runaway greenhouse effect that created present conditions. Until recently, it was assumed that a thick atmosphere like that of modern Venus was required for the planet to have today’s slow rotation rate.

However, newer research has shown that a thin atmosphere like that of modern Earth could have produced the same result. That means an ancient Venus with an Earth-like atmosphere could have had the same rotation rate it has today.

The GISS team postulated ancient Venus had more dry land overall than Earth, especially in the tropics. That limits the amount of water evaporated from the oceans and, as a result, the greenhouse effect by water vapour.

This type of surface appears ideal for making a planet habitable; there seems to have been enough water to support abundant life, with sufficient land to reduce the planet’s sensitivity to changes from incoming sunlight. Researchers simulated conditions of a hypothetical early Venus with an atmosphere similar to Earth’s, a day as long as Venus’ current day, and a shallow ocean consistent with early data from the Pioneer spacecraft.

“Venus’ slow spin exposes its dayside to the Sun for almost two months at a time,” co-author and fellow GISS scientist Anthony Del Genio said. “This warms the surface and produces rain that creates a thick layer of clouds, which acts like an umbrella to shield the surface from much of the solar heating,” Del Genio said.

“The result is mean climate temperatures that are actually a few degrees cooler than Earth’s today,” he said. The research appears in the journal Geophysical Research Letters.