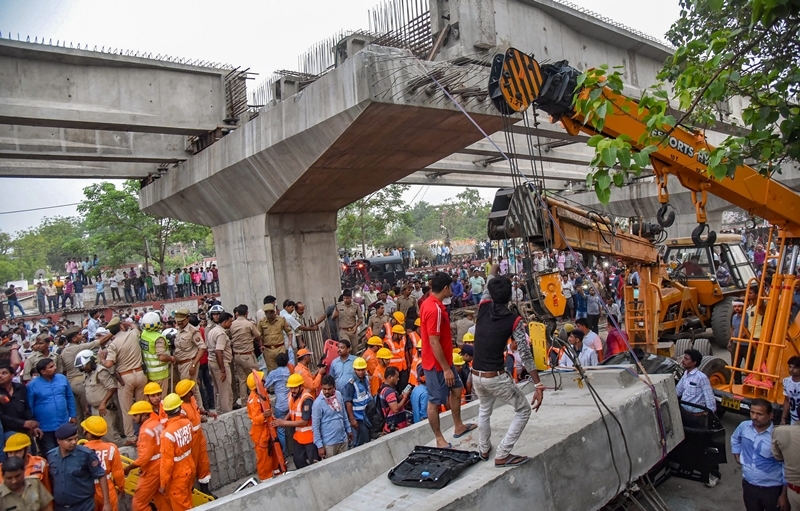 Varanasi: Locals and rescue teams gather near crushed vehicles after a portion of an under-construction flyover collapsed. PTI Photo |

Deputy Chief Minister Keshav Maurya, who is also the minister for Public Works Department (PWD), said in a tweet that Mittal has been relieved from the post of MD with immediate effect. The minister said J K Srivastav, chief engineer (externally aided projects) in UP PWD, has been posted as the new MD of the corporation.

Mittal’s removal comes after a part of the flyover being built in Prime Minister Narendra Modi’s Lok Sabha constituency collapsed on Tuesday, killing at least 15 people. Chief Minister Yogi Adityanath had constituted a three-member committee to go into the accident and submit its report within 48 hours.

The UP State Bridge Corporation was constructing the 2261-metre flyover at a cost of Rs 129 crore. The span which fell was laid barely three months ago. The government had immediately suspended four officials of the corporation looking after the work in Varanasi. The police have also registered an FIR against the corporation.