Uttar Pradesh: 7 dead, 3 injured after explosion in a firecracker factory in Budaun 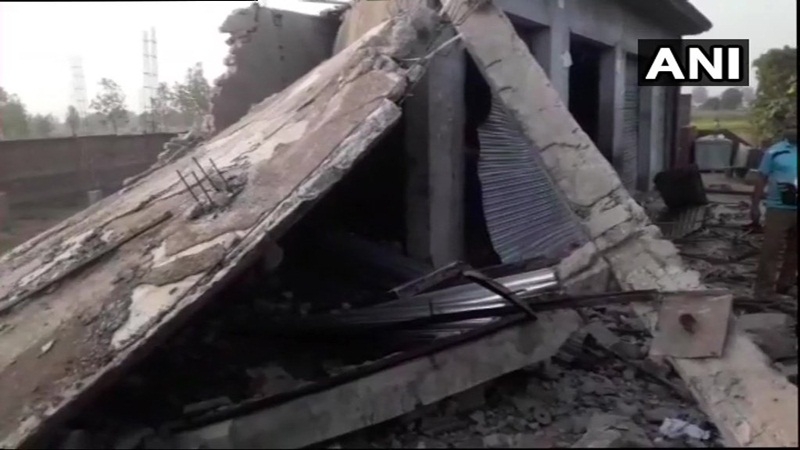 Lucknow: Seven persons were killed and six critically injured when a stockpile of crackers exploded at a firecracker factory in Budaun district of Uttar Pradesh on Friday evening, police said. The tragedy took place at Rasoolpur in a house where the firecrackers were being manufactured ahead of Diwali. The explosion led to many neighbouring houses developing cracks on the walls. Police and the Provincial Armed Constabulary (PAC) were pressed into service to rescue those believed to be buried under the rubble.

7 dead, 3 injured after explosion in a firecracker factory in Budaun. pic.twitter.com/SBTzkOqx6U