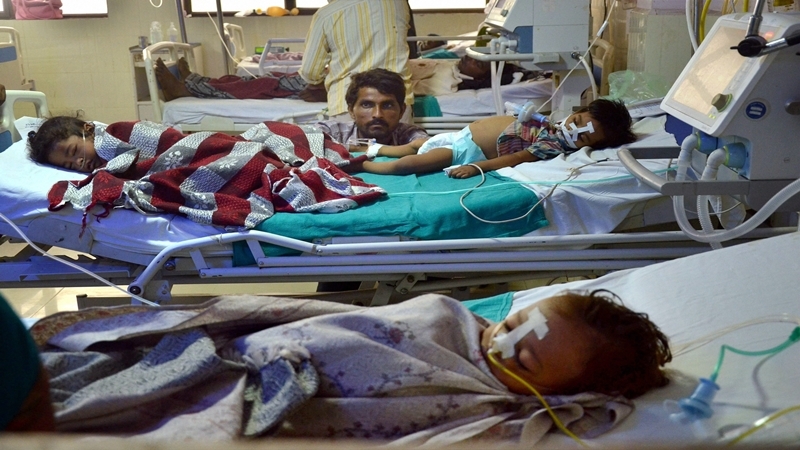 Of the children who died, ten were admitted in the Neonatal Intensive Care Unit (NICU) while six were in the paediatric ICU.  According to reports, 20 patients — including six from Deoria, two from Kushinagar, four each from Gorakhpur and Maharajganj, and one patient each from Basti and Balrampur — afflicted with encephalitis have been admitted to the hospital in the last 24 hours.

The FIR was lodged against nine people, including the owner of the oxygen supplying company and the principal of BRD Medical College.  Doctors said the latest deaths did not occur due to lack of oxygen, treatment or anything else but the fact that they were brought to the hospital in a very critical condition.