USD400 million to Iran was nothing but ransom: Trump campaign 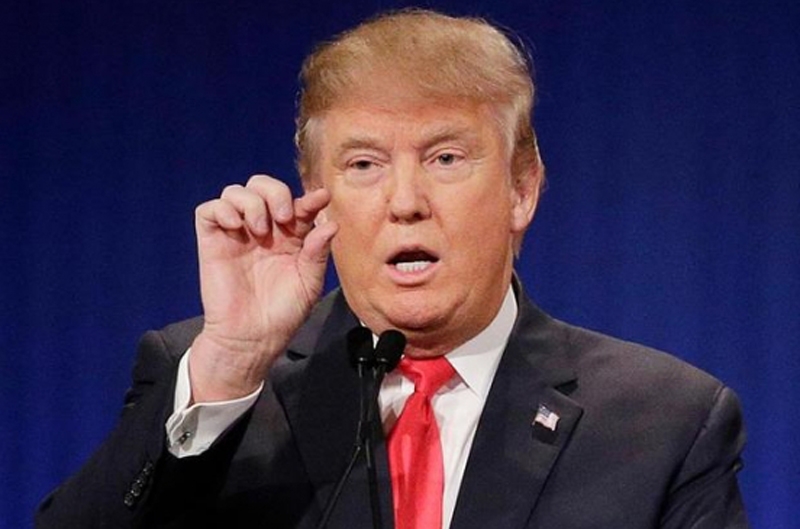 Washington: The USD400 million that the US had paid to Iran to settle an outstanding financial dispute was used as a “leverage” for release of American prisoners, the State Department has said even as top Republican party leadership and its presidential nominee Donald Trump’s campaign claimed it was nothing but a “ransom payment”

The top GOP leadership and the Trump Campaign was quick to make a political capital out of it by claiming that this was nothing but ransom payment, which has finally been acknowledged by the Obama Administration. “The payment of the USD400 million was not done until after the prisoners were released. I’m not disputing that,” State Department Spokesman John Kirby said yesterday when asked about a Wall Street Journal report on this.

“We deliberately leveraged that moment to finalize these outstanding issues nearly simultaneously. It’s already publicly known that we returned to Iran its USD400 million in that same time period as part of The Hague settlement agreement,” he said.

“With concerns that Iran may renege on the prisoner release given unnecessary delays regarding persons in Iran who could not be located as well as, to be quite honest, mutual mistrust between Iran and the United States, we, of course, sought to retain maximum leverage until after American citizens were released. That was our top priority,” Kirby said.

However, the top GOP leadership and the Trump campaign was quick in criticising the Obama Administration alleging that the US paid ransom for release of its prisoners.

“We now know from the State Department announcement that President Obama lied about the USD400 million dollars in cash that was flown to Iran. He denied it was for the hostages, but it was,” Donald Trump, the Republican presidential nominee said at an election rally in North Carolina.

“He said we don’t pay ransom, but he did. He lied about the hostages – openly and blatantly – just like he lied about Obamacare. Now the Administration has put every American travelling overseas, including our military personnel, at greater risk of being kidnapped. Hillary Clinton owns President Obama’s Iran policy, one more reason she can never be allowed to be President,” Trump said.

In a separate statement, Senator John McCain said the State Department’s acknowledgment that the Obama Administration’s USD400 million cash payment to Iran in January was contingent upon the release of American prisoners in Iran confirms what was already obvious: that the Obama Administration paid ransom to the world’s number one state sponsor of terrorism and has been trying to deny it ever since.

“The Obama Administration manufactured and manipulated a narrative to sell the reckless Iran deal to the American people. It thanked Iran for its conduct in illegally detaining 10 American sailors in a flagrant violation of international law,” McCain said.

“And for the last two weeks, the administration has made a mockery of the United States’ long-held policy against paying ransoms and put Americans in danger in the process. Only time will tell to what new embarrassing lows the Obama Administration will stoop to curry favor with our enemies in Iran,” he said.

“Today, the State Department admitted what we’ve long suspected—that the President and his administration have been misleading us since January about whether he ransomed the freedom of the Americans unjustly imprisoned in Iran. The president owes the American people a full accounting of his actions and the dangerous precedent he has set,” Speaker of the US House of Representatives Paul Ryan claimed.

Congressman Ed Royce, Chairman of the House Foreign Affairs Committee in an interview to Fox News said that it was ransom. “We now know it was ransom. And on top of that it put more American lives at risk. And we’ve emboldened Iran. We’ve encouraged them, frankly, to take more hostages and put more American lives at risk of being taken hostage,” he said.

“Today’s admission by the State Department that they paid a USD 400M ransom to release American hostages from Iran further cements Hillary Clinton’s role in crafting disastrous policies that have led to a more dangerous world,” said Jason Miller, senior communications adviser to the Trump Campaign.

“Already under fire for lying to the American people about her illegal email server, Clinton is continuing to align herself with an Administration that has continually lied to Americans as well. By helping put together a deal that ultimately sent USD 400M to Iran that was likely used to fund terrorism, Clinton has proven herself unfit to be president of the United States,” Miller said.