US storms to 24 golds at Rio Olympics 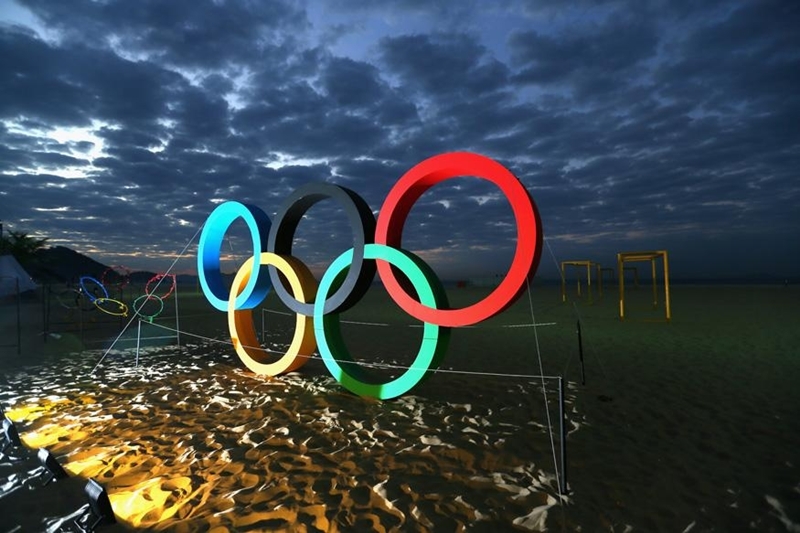 Rio de Janeiro: The United States continued their haul of gold medals at the Rio Olympics on the back of strong performances in swimming, athletics and rowing.

Michael Phelps brought down the curtain on his glittering Olympic career when he helped Team USA win 4x100m medley relay gold, taking his personal tally to 23 on Saturday, reports Xinhua.

Phelps took the lead in the third leg, the butterfly, before Nathan Adrian maintained it during the last leg as the United States won ahead of Britain and Australia.

In an earlier final, Simone Manuel anchored the United States to victory in the women’s 4x100m medley. The gold won by the relay team of Kathleen Baker, Lilly King, Dana Vollmer and Manuel, has been recognized by the US Olympic Committee as the nation’s 1,000th gold medal in Summer Olympics history.

The US swimming team called the shots in the Rio Olympic pool as they pocketed 16 out of the 33 gold medals on offer.

“It’s really special and the fact that I could do it with the relay is amazing. Just sharing that with three other women is the icing on top of the cake and I could not have done this without the relay swimmers, the coaches. One thousand golds for Team USA is a nice number,” said Manuel.

The US also won a rowing gold in women’s eight and men’s long jump.

Britain chased hard on the medals table by scooping three golds on Day 8. Now Britain places third with 10 golds just behind the US and China, who just claimed one silver and three bronze medals in the day.

In one of the highlights of the athletics competitions, Britain’s Mo Farah overcame the shock of a mid-race fall to take a second straight Olympic 10,000m title and extend his remarkable record at global championships.

Farah tumbled in the 10th lap but he brilliantly recovered before storming to the stunning victory.

“When I went down, I thought, ‘Oh my God, that is it.’ I just got up and wanted to stick with the guys and stay strong,” Farah said after the match. “I thought about all my hard work and that it could all be gone in a minute. I wasn’t going to let it go.”

British cyclists also smashed their own world record in winning the gold.

It was the third time in the space of 48 hours that the quartet of Katie Archibald, Laura Trott, Elinor Barker and Joanna Rowsell-Shand had set a new world mark in the 4km race.

They had already set world records in qualifying and their semifinal.

Thompson’s fellow Jamaican Shelly-Ann Fraser-Pryce, winner of the previous two Olympic gold medals in the event, had to settle for bronze in 10.86.

In day session of the athletics competitions, Usain Bolt strode calmly through the 100m preliminaries with 10.07 seconds and qualified fourth fastest for the semifinals as he begun his bid for a third straight Olympic gold medal.

Justin Gatlin of the US, considered Bolt’s main rival for the gold medal, recorded the fastest time of the heats with 10.01 seconds.

The 22-year-old Puig defied her ranking of 34 to get the better of the world number two and Australian Open champion on the back of 54 winners.

The world number two and reigning Wimbledon champion will face the resurgent Juan Martin del Potro of Argentina, who edged 2008 champion Rafael Nadal 5-7, 6-4, 7-6 (5) after knocking out world number one Novak Djokovic in the first round.

After Saturday’s finals, the United States is in a class of its own by leading the medals table on 24 gold medals, with second-placed China (13) and third-placed Britain (10) left far behind.