US slaps fresh sanctions on Russian spies for meddling in 2016 election, nerve agent use 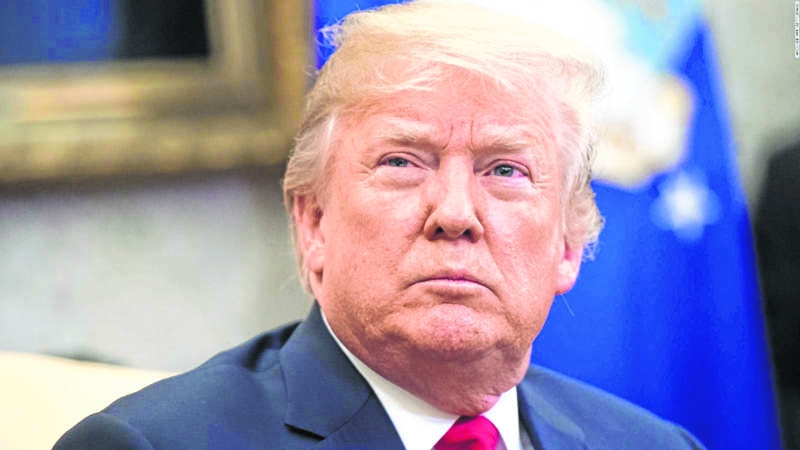 Washington: The US has slapped fresh sanctions on 12 Russian individuals and entities for their alleged interference in 2016 presidential election and the brazen use of a military-grade nerve agent in an assassination attempt inside America’s closest ally. They were involved in a wide range of malign activities, including attempts to interfere in the 2016 US elections, cyber-enabled attempts to undermine international organisations and the brazen use of a chemical weapon in an assassination attempt abroad, the State Department said.

Several of these people were related to ‘Project Lakhta’, a broad Russian effort which includes the Internet Research Agency that has sought to interfere in political and electoral systems worldwide, the State Department said. As a result of this action, any person determined to knowingly engage in a significant transaction with any of these persons will be subject to the Countering America’s Adversaries Through Sanctions Act (CAATSA) Section 231 sanctions, the State Department said. In addition, the Treasury Department designated several members of Russia’s Main Intelligence Directorate (GRU) and individuals and entities related to ‘Project Lakhta’, including the 12 persons added to the List of Specified Persons (LSP). Treasury also designated Victor Boyarkin for having acted or purported to act for or on behalf of Oleg Deripaska.

According to the State Department, the sanctions and listings undertaken are one part of an aggressive stand against the irresponsible acts directed by the Government of the Russian Federation. “Russian intelligence services’ cyber operations continue to seek to undermine democratic elections and delegitimise international organisations,” it alleged. Additionally, it is clear that Russian intelligence operatives used a military grade nerve agent to carry out an assassination attempt inside the borders of America’s closest ally, a violation of Russia’s obligations under the Chemical Weapons Convention, the State Department charged. “We will not tolerate attempts to interfere in our democratic process, and we will side with our allies and partners against Russian subversion and destabilisation.

“We will continue to work with our allies and partners to take collective action in response to irresponsible and malicious acts supported by Russia and its intelligence agencies,” it added. Former Russian spy Sergei Skripal was poisoned with a military-grade nerve agent in the UK in March, leading to a major diplomatic standoff with Russia. The 66-year-old former Russian double agent and his daughter Yulia, 33, were found unconscious on a shopping centre bench in the Salisbury town on March 4. They were hospitalised in critical condition after he was found poisoned and spent weeks in critical condition.

Earlier this month, Special Counsel Rober Muller, who is probing the allegations of Russian interference into the 2016 presidential election and collusion with the Trump campaign, filed two separate court papers, none of which directly answered the question of direct involvement of President Donald Trump in the alleged Russian interference.Trump has repeatedly said that his campaign never colluded with the Russians So far, more than 30 people have been charged or pleaded guilty in Mueller’s investigation which Trump calls a “witch hunt”.