US seeks decisive action against Taliban after Afghanistan blasts 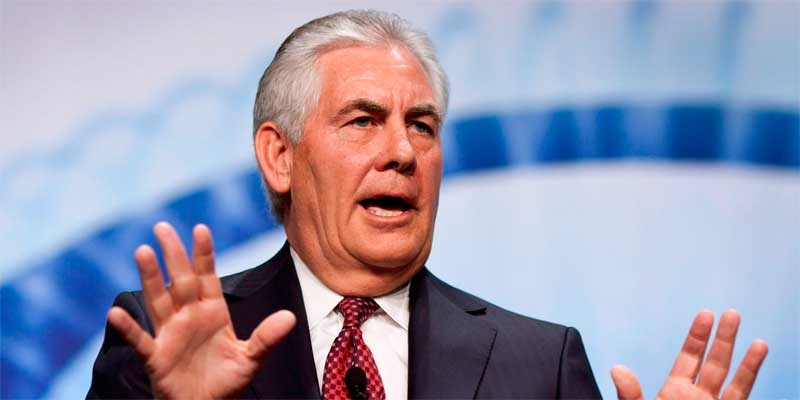 All countries who support peace in Afghanistan have an obligation to take decisive action to stop the Taliban’s campaign of violence. There can be no tolerance for those who support or offer sanctuary to terrorist groups Rex Tillerson/ US Secretary of State…

Washington : US Secretary of State Rex Tillerson sought decisive action against Taliban for carrying out a blast in Afghanistan using an explosives-packed ambulance that killed at least 95 people.

The Taliban-claimed attack — the second carried out by the militant group in the Afghan capital in a week — also wounded 158 people, in one of the biggest blasts to rock the war-torn city in recent years.  “All countries who support peace in Afghanistan have an obligation to take decisive action to stop the Taliban’s campaign of violence. There can be no tolerance for those who support or offer sanctuary to terrorist groups,” Tillerson said in a strongly worded statement.

The US and Afghanistan have been accusing Pakistan of providing safe havens to terrorists. Early this month, the Trump administration suspended around USD 2 billion in security assistance to Pakistan for not taking action against the Taliban.

Tillerson’s strong statement though made no mention of Pakistan. The United States strongly condemns “today’s horrific attack” in Kabul, he said.

“Our thoughts are with the families of the victims who were injured and killed, and we mourn all those who lost their lives in this senseless attack,” he added.

“The Taliban’s use of an ambulance as a weapon to target civilians represents inhumane disregard for the people of Afghanistan and all those working to bring peace to the country, and is a violation of the most basic international norms,” Tillerson said.

He commended all the emergency services personnel for their courageous actions in responding to this terrorist attack. Commander of US and NATO forces in Afghanistan Army Gen John W Nicholson said that the attack once again demonstrates that the enemies of Afghanistan kill indiscriminately. “Unarmed civilians throughout Afghanistan regularly bear the brunt of this cruelty,” he said. “As our thoughts turn to the family and friends of those killed and injured at this time, we will also go forward and do our best work in their memory — defeating the insurgents and bringing peace to this region,” Nicholson said.

Kabul: Afghanistan on Sunday declared a day of national mourning as the toll for those killed by a huge bomb hidden in an ambulance in Kabul topped 103 people, sharply raising tensions after insurgents struck in the city for the second time in a week. At least 103 people were killed and 235 wounded in Saturday’s lunchtime attack claimed by the Taliban, which caused panic in the war-torn capital and overwhelmed its hospitals.

Kabul remained on high alert as the presidential palace declared a national day of mourning for today, with flags flying at half-mast. The attack was one of the worst to strike the capital in recent years. Central Kabul was unusually quiet on Saturday, a normal workday in Afghanistan, with little traffic and few people on the street, reports AFP.In contrast, security checkpoints have been beefed up, particularly in the streets near the blast scene, as the city braced for the possibility of further violence.