US postpones 2+2 Dialogue with India for ‘unavoidable reasons’ 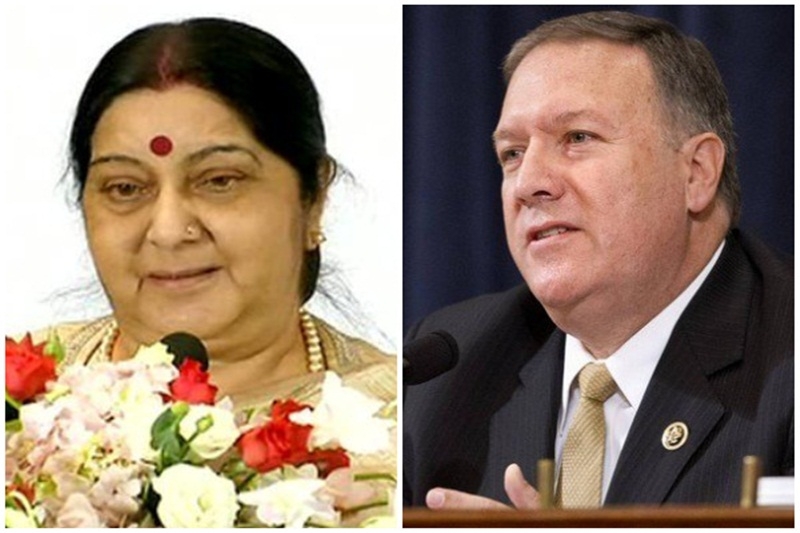 The news came even as US Permanent Representative to the UN Nikki Haley met Prime Minister Narendra Modi and External Affairs Minister Sushma Swaraj here. External Affairs Ministry spokesperson Raveesh Kumar tweeted that US Secretary of State Mike Pompeo spoke to Sushma Swaraj “to express his regret and deep disappointment at the US having to postpone the 2+2 Dialogue for unavoidable reasons”.

According to him, Pompeo sought Sushma Swaraj’s understanding “and they agreed to identify new mutually convenient dates to hold the Dialogue at the earliest, in India or the US”. Though unconfirmed, speculations are rife that the postponement must have come after the US asserted its position on pulling out of the Iran nuclear deal during the course of Haley’s visit.

The 2+2 Dialogue format was agreed to between the two sides during the visit of Prime Minister Narendra Modi to Washington in June last year when he met US President Donald Trump for the first time. Minister of State for External Affairs V.K. Singh and US Deputy Secretary of State John Sullivan discussed the agenda for the 2+2 Ministerial Dialogue on the sidelines of the G20 Ministerial Meeting in Buenos Aires last month.

During their meeting, they affirmed the strong US-India strategic partnership and India’s status as a Major Defence Partner of the US. The 2+2 Dialogue was to have been held in April, but was postponed because of changes in the leadership of the State Department after Rex Tillerson resigned and Pompeo was in the process of taking over. Pompeo and Secretary of Defense James Mattis were supposed to host the Indian ministers at the meeting that was to focus on strengthening strategic, security, and defence cooperation with both countries confronting global challenges.

The dialogue was being looked at as a centrepiece of the growing ties between India and the US which Washington wants to scale up by extending the strategic vision from the Pacific to the Indian Ocean. During his meeting with Haley on Wednesday, Modi voiced his appreciation for Trump’s policies on South Asia and the Indo-Pacific region. According to a statement issued by the Prime Minister’s Office, Haley, the first person of Indian descent to hold a cabinet-level position in the US, noted the deepening relations between India and the US particularly in strategic and defence sectors.