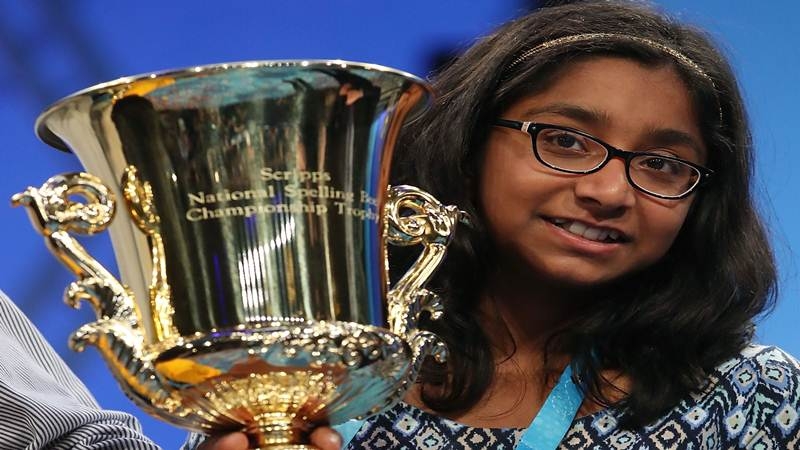 Washington: Two US lawmakers have criticised a CNN anchor for allegedly “otherising” Indian-American national spelling champion Ananya Vinay by assuming that the 12-year-old is “used to using” Sanskrit due to her heritage, saying the US needs to get educated about Hinduism and India. California resident Vinay was being interviewed by CNN anchors Alisyn Camerota and Chris Cuomo following her win last week at the prestigious Scripps National Spelling Bee.

Towards the end of the interview, Camerota asked Vinay to spell ‘covfefe’, the word recently used by President Donald
Trump in one of his tweets that took the social media by storm with people guessing what the US leader could have meant by that word. Vinay spelled it ‘cofefe’. Camerota then told Vinay the correct spelling was ‘covfefe’ and added, “It’s a nonsense word. So, we’re not sure that its root is actually in Sanskrit, which is what you’re probably, uh, used to using, so, I don’t know. Anyway.” Criticism of Camerota’s comment has since been circulating on social media.

“The hosts’ treatment of Sanskrit is also insensitive to the language’s rich, ongoing sacred tradition and continues a

troubling trend in the network’s treatment of Hinduism which was also evident on the network’s programme Believer,”
Krishnamoorthi said. This is “Further evidence of the need for America in general, and CNN in particular, to get educated about Hinduism & India,” said Tulsi Gabbard, the Hindu Congresswoman from Hawaii.

“CNN should be embarrassed: Anchor assumes American spelling bee champ must be “used to using” Sanskrit. Do Italian-Americans use Latin?” wrote eminent journalist Indira Lakshmanan. The sixth-grader had correctly spelled the word
‘marocain’ and became the 13th consecutive winner from the Indian-American community at the annual spelling bee
championship.