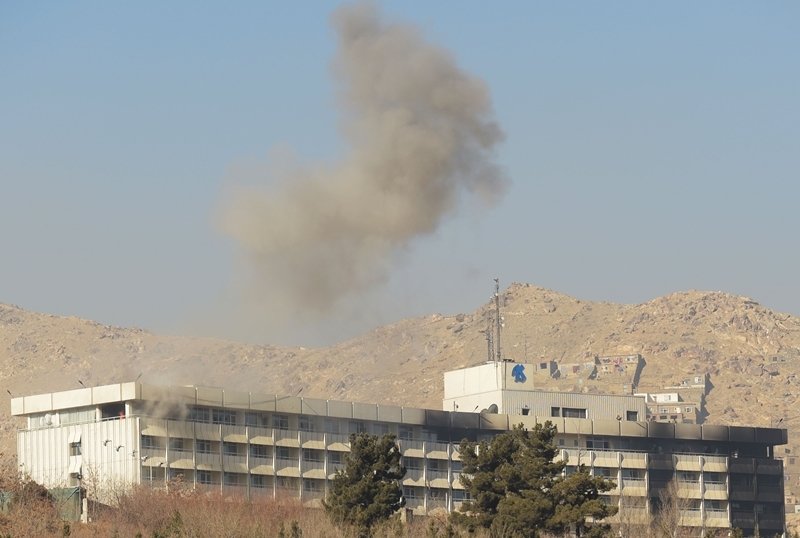 Washington: The US has asked Pakistan to immediately arrest or expel Taliban leaders who are carrying out terror attacks across the border in Afghanistan, days after the militant group attacked a landmark hotel in Kabul that left 22 people dead.

The terse White House statement came after the Taliban claimed responsibility for a major terror attack at the Inter-Continental Hotel in Kabul on Saturday that killed at least 22 people, including 14 foreigners and eight Afghans.

“We call on Pakistan to immediately arrest or expel the Taliban’s leaders and prevent the group from using Pakistani territory to support its operations,” White House Press Secretary Sarah Sanders told reporters.

“In Afghanistan, where terrorists attacked a hotel in Kabul, such attacks on civilians only strengthen our resolve to support our Afghan partners,” Sanders said.

“We commend the swift and effective response of the Afghan security forces. Afghan forces, with our support, will continue to relentlessly pursue the enemies of Afghanistan, who also seek to export terror around the world,” she said.

Pakistan is facing mounting pressure from the US to take action against terror groups and dismantle their safe havens.

President Donald Trump has said that Pakistan has given nothing to the US but “lies and deceit” and suspended about USD 2 billion in security aid to the country.

A spokesman for the Afghan interior ministry said yesterday that after the deadly siege ended on Sunday, security forces also defused a vehicle full of explosives near the site of the attack.

Afghan security forces said they had killed the last of six Taliban militants who stormed the hilltop hotel. More than 150 people were rescued or managed to escape, including 41 foreigners, reports said.