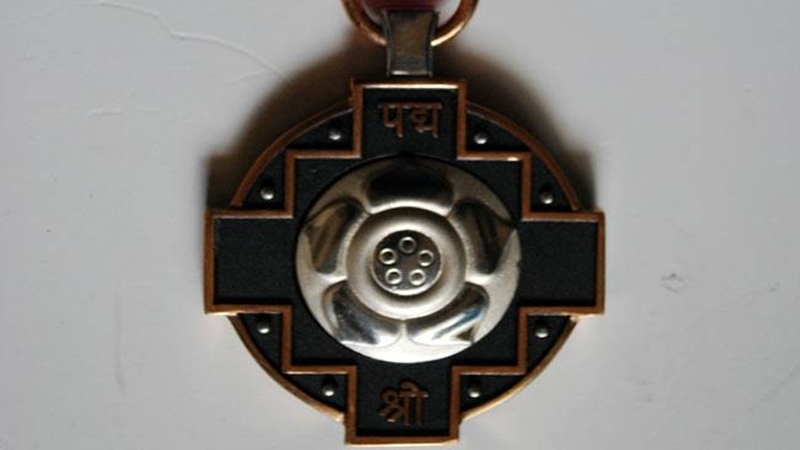 New Delhi: Nonogenarian Bhakti Yadav, popularly known as “Doctor Dadi” from Indore, and captain of Indian cricket team of blind Shekhar Naik are among the unsung heroes who were today named for Padma Shri.

The focus of this year’s Padma awards, according to the officials in the Home Ministry, was on recognising talent of unknown and unsung heroes of the country.

Yadav, 91, is the first woman from Indore to hold an MBBS degree. She has been treating patients free of cost for the past 68 years and has helped deliver thousands of babies.

Thirty-year-old Naik had led the India’s cricket team of blind to victory in the first T20 World Cup in 2012 and ODI World Cup in 2014. He comes from a poor background and faced extreme hardship as he lost his parents at the age of 12.

Thangavelu, who won gold in Rio 2016, is a born fighter. He had suffered permanent disability in the right leg when he was run over by drunk bus driver.

His father had abandoned the family and he was raised by his mother who used to work as a labourer.

Karmakar, the 23-year-old “Produnova Princess” from Tripura, practised on an apparatus made from second-hand parts of a discarded scooter. She is only the fifth woman in the gymnastic history to land a Produnova vault.

Karnartka’s Sukri Bommagowda, known as “Nightingale of Halakki”, has been named for Padma Shri for performing tribal folk music for 58 years.

School dropout Jitendra Haripal, popular as “Rangabati ki Awaz”, has been selected for Padma Shri for his contribution to Odhisa’s most popular recorded song “Rangabati” and being a top exponent of Kosli-Sambalpuri music.

Ela Ahmad, 81, from Assam has been selected for Padma Shri for running the only magazine for women in the northeast since 1970.

“Granny with a sword”, 76-year-old Meenaakshi Amma from Kerala, who began her martial art classes at the age of seven, has also been chosen for Padma Shri.

She is the country’s oldest woman Kalaripayattu exponent and has been practising and teaching martial arts for more than 68 years.

Kalaripayattu originated from south-west Kerala and is believed to be the root of Chinese martial arts. Another person chosen for Padma Shri, Chintakindi Mallesham from Telangana, invented Laxmi ASU machine to reduce the time and menial labour required to weave Pochampalli silk sarees.

His invention impacted 60 per cent of looms engaged in weaving Pochampalli. A school dropout, 44-year-old Mallesham had created the machine to relieve his mother’s pain. Daripalli Ramaiah, 68, knows as Chetla Ramaiah or “The Tree Man” from Telangana has also been selected for Padma Shri.

Ramaiah is a common man who has dedicated his life to make India green by planting over one crore trees. He takes out seeds from his pocket and plants them wherever he sees a barren spot.

Volunteer fire fighter Bipin Ganatra from West Bengal has will be decorated with Padma Shri. He is the only person apart from fire brigade officials who has been to almost every fire accident site in Kolkata in the last 40 years.

The 59-year-old decided to devote his life to helping people caught in fire after losing his brother to an inferno. Dr Suniti Solomon, who diagnosed the first AIDS case in India in 1985, has figured in the Padma Shri list posthumously.