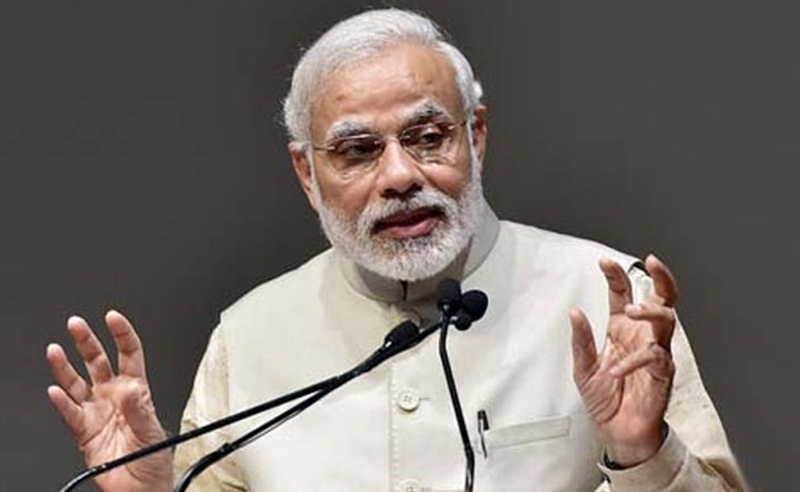 Modi addressed the employees of Hari Krishna Exports, a prominent Suarat-based diamond processing-exporting firm, through video conference from Delhi. The company, led by Savji Dholakia, gifted 600 cars to its employees Thursday as Diwali bonus at an event named as ‘Hari Krishna Skill India Incentive Ceremony’. “Around 14 crore loans were disbursed across the country under this (Mudra) scheme. Out of these, 40 lakh loans were given to the youth of Gujarat. In the last four years, loans worth Rs 7 lakh crore were disbursed under this scheme,” Modi said in his speech.

“Out of all those who took loans under Mudra, over 3.5 crore youth were first-time entrepreneurs, as they have chosen the path of self-employment for the first time. Today, there exist unprecedented employment as well as entrepreneurial opportunities in the country,” the prime minister said. Two women, one of them a disabled person, and two male employees of the firm received keys of their cars from Modi himself in Delhi. The prime minister said his government has been taking many steps to strengthen the gems and jewellery sector, as it is a significant generator of employment and a key contributor to the exports.

Referring to the “Main Nahin Hum” portal and app launched yesterday, Modi urged the company and its employees to dedicate some time for social causes. He appealed Dholakia and his company to set themselves a target of making at least 100 villages “digital” by 2022. He would be visiting Gujarat on October 31 to dedicate the Statue of Unity of Sardar Vallabhbhai Patel, Modi said. “The biggest Diwali for Gujarat will be on October 31, when the Statue of Unity will be dedicated to the nation,” he said.