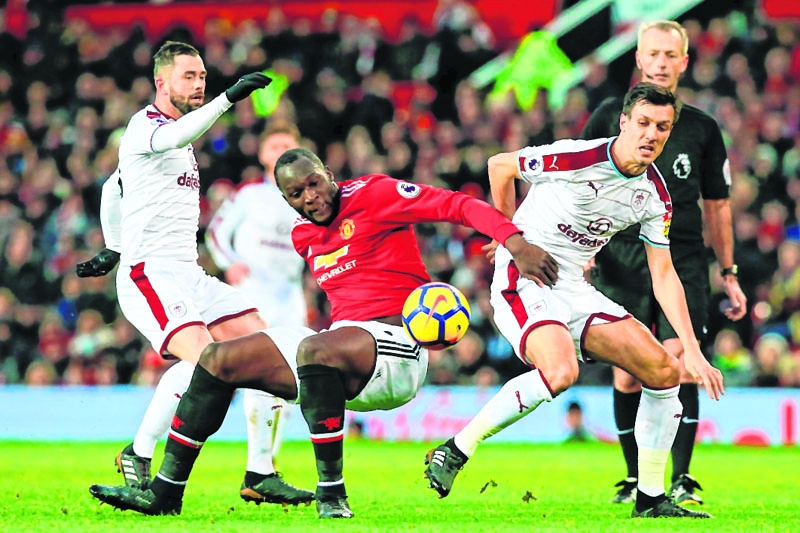 300 million-pound spent is not enough for Mourinho

Manchester : Jose Mourinho says Manchester United are struggling to compete with Manchester City’s financial might and the sum of nearly £300 million he has spent on transfers is not enough to win the Premier League.

A 2-2 draw with Burnley late Tuesday night saw United lose further ground in the table to Pep Guardiola’s runaway leaders, who are 12 points clear with a game in hand.

Mourinho claimed that United’s illustrious history does not guarantee them — or any similar club — success when faced with City’s huge resources.

“When you say a club ‘like Manchester United’, do you think Milan is not as big as us?” said Mourinho, listing other big European clubs who are struggling

“Manchester City buy the full backs for the price of the strikers, so when you speak about big football clubs, you are speaking about the history of the club,” he added.

Despite City’s strikingly successful transfer policy allied to their financial muscle, Mourinho himself has still managed to spend £286 million ($383 million, 323 million euros) in his two summers in charge at Old Trafford — although he was adamant that was not enough.

“So the big, historical clubs are normally punished in the market for that history, so the boys are doing what they can and they are doing fine.”

But United’s dropping of seven points in their past five games — including conceding a last-minute equaliser at Leicester on Saturday, has left City coasting towards the league title.

“You say (we dropped) seven points from 15,” said Mourinho. “I say the last two matches we had 15 chances to score and we concede three… goals and an amazing free-kick.

“So the boys do what they can, they are trying hard with the problems and injuries we have. I am not happy with the result, and against Leicester, but I am happy with my players.”

United needed an injury-time equaliser from substitute Jesse Lingard — who also scored their first — to rescue even a point against Burnley, who had taken a 2-0 first-half lead through Ashley Barnes and Steven Defour.

Burnley manager Sean Dyche had mixed feelings after a brilliant first-half performance but, ultimately, a failure to hold onto all three points, although he felt aggrieved that Sam Vokes was judged to have fouled Paul Pogba to give United the free-kick from which they levelled.

“The decision that led to the goal, the lad jumps into Vokesy,” said Dyche. “I don’t know what he is supposed to do. In basketball that is ‘charging’.

“So there is probably a mixture of feelings. And the only frustration is a couple of decisions went against us.”

When you say a club ‘like Manchester United’, do you think Milan is not as big as us?” said Mourinho, listing other big European clubs who are struggling  domestically