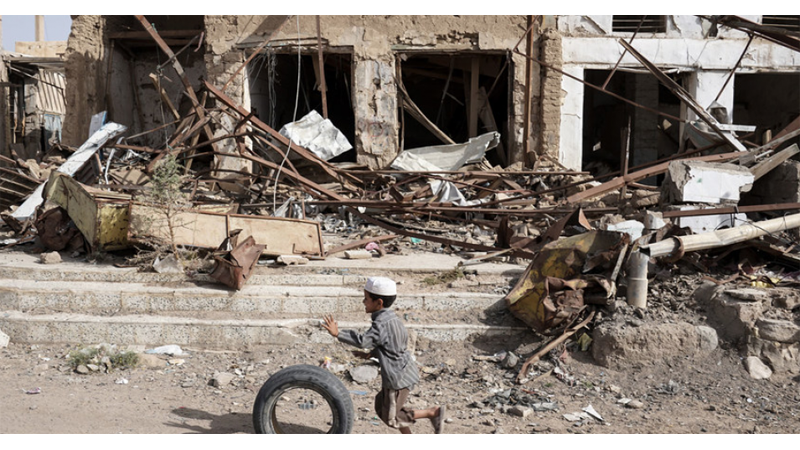 The Yemeni government forces and the rebel Houthi movement made little effort to minimise civilian casualties and pointed to the bombing and shelling of schools, hospitals and markets, in which thousands of people died.

Geneva : UN human rights experts on Tuesday pointed to possible war crimes in Yemen by pro-government forces backed by the Saudi-led coalition, and Houthi rebels in areas under their control.

The Group of Regional and International Eminent Experts on Yemen, created by the UN Human Rights Council in 2017, stated in a report that both sides and the Arab coalition “violated international laws that may amount to war crimes”.

They alleged that the Yemeni government forces and the rebel Houthi movement made little effort to minimize civilian casualties and pointed to the bombing and shelling of schools, hospitals and markets, in which thousands of people died, the BBC reported.

“Individuals in the government of Yemen and the coalition, including Saudi Arabia and the UAE … have committed acts that may, subject to determination by an independent and competent court, amount to international crimes,” the experts said.

They added that the Arab coalition’s airstrikes caused the majority of civilian deaths as a direct consequence of the bombing of “residential areas, markets, funerals, weddings, detention facilities, civilian boats and even medical facilities”.

On Monday, the coalition accused the UN of bias for condemning two airstrikes on Houthi-controlled areas that reportedly killed scores of Yemeni children last week. Spokesman Turki al-Malki said the UN’s information was based on “rebel stories”.

The experts have investigated rapes and abuses committed in Yemen since September 2014, when Houthi rebels took Sana’a and provinces in the north and west of the country and expelled the government from the capital.

The conflict escalated in March 2015 with the intervention of the Arab coalition, supported by the US, the BBC said.

According to the UN Office for Human Rights, since March 2015, 6,660 civilians have died in the war and 10,563 have been wounded, although the real figure may be significantly higher.

Pro-government forces and the coalition may also have committed war crimes for having resorted to “cruel treatment and torture, outrages upon personal dignity, rape and conscripting or enlisting children under the age of 15 or using them to participate actively in hostilities”.

There was repeated information on the use of children as young as 8 years old on both sides of the conflict, according to the report.

The coalition’s air and naval blockade may also be a war crime, the experts warned. They will present their report to the UN Human Rights Council in September.