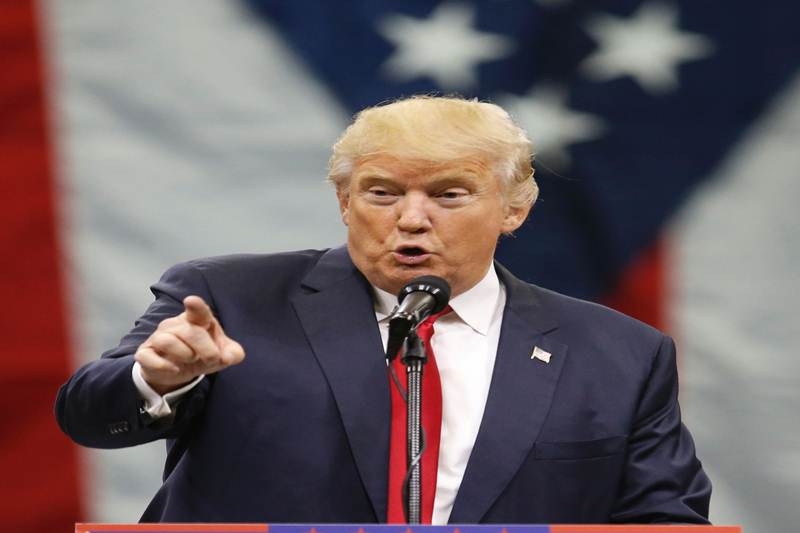 Despite the recent downtrend in the US presidential polls, Republican candidate Donald Trump feels on top of the world because of a ‘secret weapon’ he possesses. V Gangadhar provides exclusive details of the same.

The Annual Music festival in Chennai hosted by various cultural clubs in the city in the winter months is too well-known o be described in detail. Participating in the event  are about 50-odd music clubs specializing in Carnatic and North Indian Classical music, lectures on various kinds of Indian classic dance forms, scholastic lectures on dance and music.

Question and answer sessions on cultural activities, ceremonies honouring ‘vidwans’ (veteran performers) are other memorable events. Every single event goes off without a hitch, the impact covers every section of cultural community and wide national coverage is given by Doordarshan and Akashvani. Add to it the delicious multi-cuisine food and hot south Indian filter coffee. The refrain goes like this: “Oh to be in Chennai now that the music festival is there” and is hummed by everyone.

The cultural festival is highly disciplined and appreciative event. Music lovers speak less and nod more in appreciation. Some allowance is made for occasional slurps for coffee but otherwise the appreciation is silent and heart-warming. That is why ‘vidwans’ both young and old love to perform in Chennai and come back year after year for the great event.

The cultural pilgrimage is essential in the life of every south Indian including NRIs. Though patronized mostly by South Indians the ‘music season’ brings south Indians together. For once, the DMK and the AIADMK bury their differences, Karunanidhi and Jayalalithaa sit on the same sofa though on its two extremes and contribute generously to the success of the grand events. The month of December is devoted entirely to ‘ragam’, talam’, ‘pallavi’, ‘todi’ and ‘karakara priya’ ragams. And a great ‘tillana’ it is a memorable experience.

Also Read: Rajan hung up on our ‘humble dosa’

But the most unbelievable event happened this year. The cultural event started with the bang with the rumour that the opening session will be declared open, not by a ‘vidwan’ or a ‘dancer’, but by the Man in the News, Donald Trump, the US Republican party’s presidential candidate for the November election.

With two months to go the campaign was in full swing and the US votes from India could play a crucial role. No one wanted a repeat of the first Al Gore v/s George Bush poll fiasco which reportedly goofed up the state result and wrongly credited the win to Republican George Bush instead of the Democrats led by Al Gore. In order to prevent such a fiasco, the overseas vote count was carefully scrutinized to avoid such mistake.

The rabble rousing, abusive, incoherent election campaign theatrics of Trump were now open making Americans tremble at the kind future leader they might have. India anticipated special trouble and unrest. In just two years of his leadership Modi visited the US 54 times. Signed 54 trade agreements and played host to 66 former US presidents and other political leaders. More than 7800 Modi jackets were gifted to US leaders who counted as somebody in the US.

It was a carefully thought out political-cultural-strategy. Handpicked US scholars versed in South Indian arts, crafts and music were given intensive courses and given passes to Modi’s

Programmes in the US. This was quite simple because Modi was delighted to be more in the US than India in the midst of communal riots, temple tantrums, Navjot Singh Siddhu, Akali drugs and the Indian media. Trump, willingly accompanied Modi to these confrontations where he was mercilessly heckled by the anti-Trump mobs. Even Republican Presidential candidate in 1964 Senator Barry Goldwater did not have to face such hostile mobs and was soundly thrashed.

And this was how Modi adopted the unique Trump strategy to defeat Trump. This went down in history books as Trump Strategy and Modi’s Political impact. Read more about this in the history books which covered in detail for 2015-16 presidential poll.