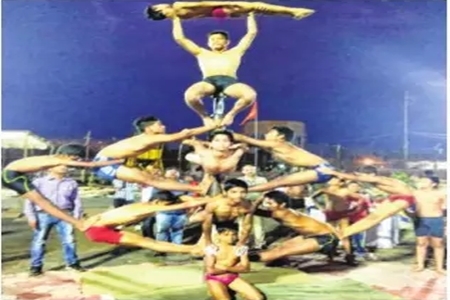 Ujjain: Malkhamb and acrobatic gymnastics competitions were conducted on the 3rd day of the 63rd state school games being organised at the grounds of Maharajwada-3 school.