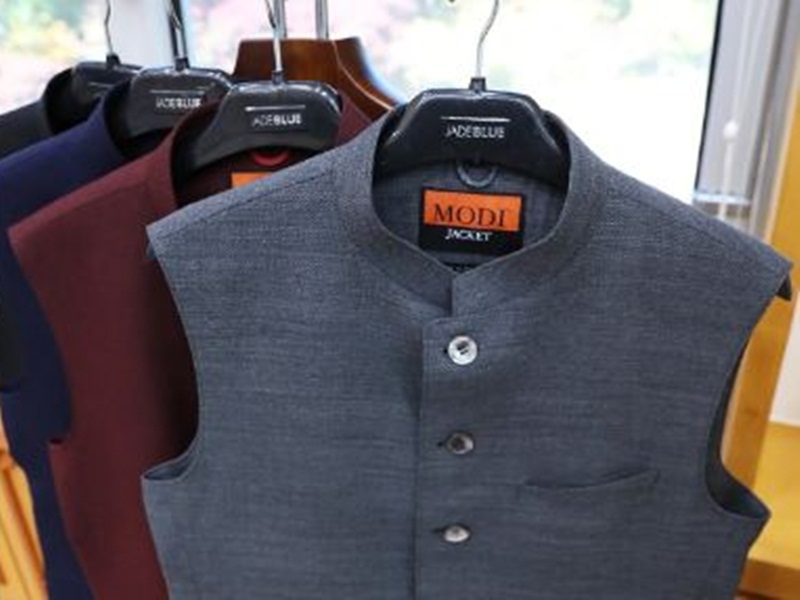 After South Korean President Moon Jae-in thanked Indian Prime Minister Narendra Modi in a tweet for sending him jackets as a token of gift, an uproar on Twitter started over alleged wrong naming of jackets. Twitterati were angry over the point that ‘Nehru’s jacket’ were referred as ‘Modi’s jacket’.

President Moon uploaded photos of him wearing the jackets in a Twitter post, saying they “fit great.” “Prime Minister Narendra Modi of India sent me some gorgeous garments. These are modernised versions of traditional Indian costume, known as the ‘Modi Vest’ that can also be worn easily in Korea. They fit perfectly,” Moon tweeted.

After Moon denoted the jackets as Modi’s Vest, some people were angry on social media alleging that the jackets are popularly known as Nehru jacket. People also condemned the tag on the jackets which read, ‘Modi Jacket’ and said that it is wrong for PM Modi to attach his name to the jackets.

The Twitter was taken by the storm over the issue with many well-known people condemning naming of jackets as Modi jackets. Have a look at some of the tweets.

There’s another takeover of the Congress legacy: Now the Nehru jacket is known as the Modi jacket.

Mr. President, You are wrong. This is not Modi Vest, this is Nehru jacket. Modi is no Nehru, can never be one. If anything Modi, that is Khaki Nikkar. https://t.co/8DrZ8b1RVM

It’s really nice of our PM to send these but could he not have sent them without changing the name? All my life I’ve known these jackets as Nehru jackets & now I find these ones have been labelled “Modi Jacket”. Clearly nothing existed in India before 2014. https://t.co/MOa0wY37tr

Nehru jacket!!! How dare u !! It has gone back to its true real sanskari name… The historical “Modi jacket.” Ambassador, did u not know that the “Nehru jacket” was a Moghul conspiracy !! https://t.co/Bt7sPAJm0A

WTF. That’s a Nehru jacket not a UPA scheme that Modi can just rename and claim as his own creation! https://t.co/YmxWzdlmP8