Twisted Love by Pragya Bhagat: My Ode* to Attenborough 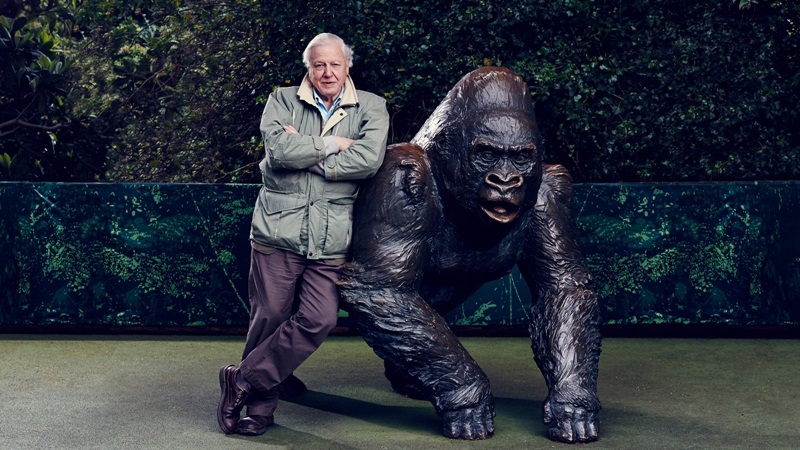 Only if you are a chronic bookworm will you understand the reference I am about to make: as a child, I was not one to play sports or run in the sun. With tree climbing being the exception, I seldom enjoyed the walk through the park or digging for snails, which, I found out at seven through a sudden experiment with a more nature-loving friend, can not survive when pierced and placed in water. If someone suggested I choose between picking flowers and cartwheeling with friends or sitting by myself reading a book, the choice was simple. Why go anywhere and tire myself with jumping around when I could read about jumping around and feel it happening inside my head without a bead of sweat itching my temples? And so, it was very early in my life when I began to practice epeolatry, the worship of words. Or if you prefer, I became a bibliophage, a devourer of words.

Nature was never something that excited. I recall a family trip to Yosemite National Park where all we did was take photographs on old-school Kodak cameras. joining our hands in a circle around towering sequoias. Twenty years later, we took a family trip to Yellowstone National Park where all we did was take selfies on iPhones, posing next to yaks and hot springs. Some things didn’t change with time, but over the years, my thoughts around nature evolved beyond ‘the scenery is pretty.’ My wonder at and appreciation of the wilderness can be credited to a single catalyst, the person I have named this piece after, the living legend himself, David Attenborough.**

I once read a book by him. It was good, but contrary to the usual comparison between books and film, the latter was exponentially better where Attenborough was concerned. Reading his stories is not enough; they need to be heard, to be seen. His voice is the gushing river while his words are the banks which it shapes. Surely, through this metaphor, my adoration for the man becomes obvious if it hasn’t already.

There are two defining features of any Attenborough production: his uncannily soothing voice and the spectacular visuals, not just as individual shots but spectacular in their storytelling. In Natural World’s “The Himalayas”*** a gripping scene unfolds in which a snow leopard chases a markhor down a mountain of steep stone. The chipped pieces of stone rumble with pin drop clarity. The padded thumps of the leopard are distinct from the clickety-clock of the markhor. They gallop as the  camera sprints behind them, bouncing frantically, up and down, right and left, when at last, the markhor’s hind rests in the jaws of the leopard.

But there’s more. The cliff comes to a sheer drop, from where the markhor jumps down and into the rushing stream below, swimming to safety.

After this scene, Attenborough leaves us with a few moments of reflection: the snow leopard looking down below, then out at the current, where his almost-meal bobs away.  And then, Attenborough speaks.

“The markhor disappears around the corner. The snow leopard seems more puzzled than anything else.”

A clarinet ripples out a wistful tune, joined by an orchestra of winds. End scene.

In the attempt to describe this memory with words, I have in no way come close to the marvel of watching it, I see that now.

This episode in particular is not just another high definition video postcard. Its relevance has increased many fold now that I’ve moved to the, one might say, general area – a village in the sub-tropical Himalayan region. The iced peaks he shows on screen, I see when I look at the horizon. It’s practically my backyard, give or take seven hundred kilometers.

Animals, us included, and geography, ours included, complete his narratives. Because what he offers is not the story of human or creature or stone or soil; he describes an ecosystem and its culture. And we can learn a thing or two from these foreign cultures, like how bar headed geese, some of the highest flying birds in the world, undergo intolerable amounts of pain, breathing the hypoxic air to migrate over the Himalayas to warmer parts of South Asia. The world of sky or sand or sea –he is an explorer who leaves nothing untouched, except space. For now.

I remember my first Attenborough documentary, “The Private Life of Plants.” I was as if in a dream, a fantasy too fantastic to be real. His voice hypnotized, telling me to follow and follow I did, one film to the next: to the reptiles in “Life in Cold Blood”, to life underwater in “Planet Earth.” He was my Pied Piper, his resonance leading me along journeys from the birds-of-paradise in “Natural World” to the world’s smallest chameleon in “Zoo Quest to Madagascar.” No other type of film – animated, feature, documentary- could match up. The comedy, the suspense, the horror, the affection, could not be replicated. 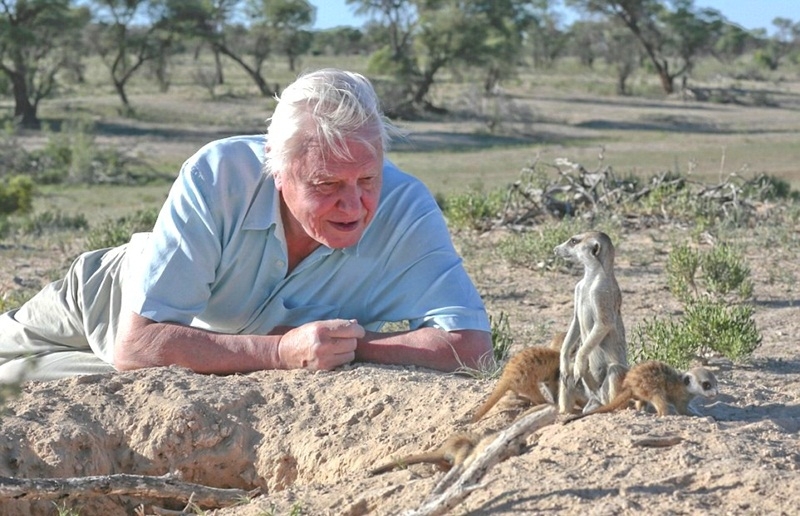 The only series that came remotely close was Tom and Jerry. I suppose it makes sense, for they – the cat and mouse and Attenborough’s films – have a few core components in common: little dialogue between the protagonists, a highly apt soundtrack that changes with the mood, power-packed chase scenes, and a focus on animal movement and behaviour that pushes the plot forward.

Attenborough’s been at it, producing quality television and leading excursions since the 1930s. I’m still unsure what that sort of passion means. His ethics include a strong grounding in conservation and he’s not hesitant in calling out his politics. Referring to China’s Yellow River, he says its nickname, China’s Sorrow, has taken on new meaning due to global warming. Although, it must be acknowledged that his crew and their equipment surely impact the areas they explore in adverse ways and the authenticity of each narrative can be questioned.

He’s a salesman, he sells nature. He sells to protect it. He sells the experience of immersion so that the audience, in addition to finding it beautiful, finds it important. He sells so that we understand the connections between land and the living, between the weather and wildlife, between us and them. Attenborough says it best: “The only way to save a rhinoceros is to save the environment in which it lives, because there’s a mutual dependency between it and millions of other species of both animals and plants.” He addresses us, not the rhinos, because it’s a lesson we, of all species, need to learn the most.

As odes go, I conclude by expressing gratitude to the object of my affection. Mr. Attenborough, you have shown me that sometimes, there are things better than good books. That the world I live in and my relationships with the living impact each other in very visible ways. That nature is not something on a screen or on a page or beyond a window. It is here and everywhere and I am learning to love and respect its complexity, because you have shown me how.

* I realize it is not an ode, in the traditional sense of the word. While there are no set stanzas or rhythm there is a person being praised. It is at times serious, at times not, but my non-lyrical ode endeavors to be thoughtful.

** Neither David Attenborough, nor any foundation that supports him, has paid me to write this piece. This is simply an expression of my affection for the man and his work.

*** It was while watching this particular episode on a toasty winter evening, mountains both virtual and real in view, that I was compelled to write, which is why many of my references come from that show (that and Wikipedia). Each of his productions, you must believe, are just as excellent.

(Pragya Bhagat is a spoken word poet and the author of two books, More Than a Memory and Yarn: An Interwoven Memoir. You can follow her work at facebook. com/PragyaWrites)