Twisted Diaries: A life full of turns that finally led to happiness 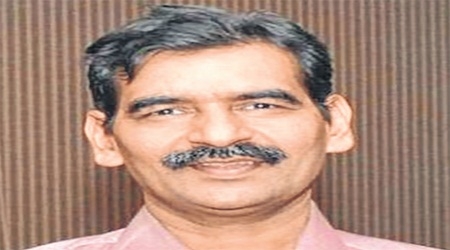 Sharing his experience with Free Press, Shukla said he was born and brought up in Ujjain. “In 1960s and 1970s, life was peaceful and we could have hobbies more than playing games on electronic gadgets,” he remarked. He would often play ‘gilli danda’ and other games with friends.

“Whenever I got time, I would go to river nearby, swim and watch birds. It was best time of my life,” Shukla said. After graduating from school, he attempted entrance test for engineering colleges. “We had only seven colleges in Madhya Pradesh then and I wanted to study chemical engineering, which was available in regional college in Srinagar, Jammu & Kashmir,” Shukla said. He got selected in National Institute of Technology (NIT), Srinagar.

“While moving to Jammu and Kashmir, I felt my life was perfect. I thought it will be easy from then on,” Shukla said. He joined Radio Kashmir to recite poems in a programme for youngsters. “Further, I joined theatre and became a part-time actor while pursuing engineering,” Shukla said. However, peace was short-lived as violence erupted in the state after Mufti Mohammed Sayeed’s daughter Rubaiya Sayeed was kidnapped by Kashmiri militants in 1989.

“It became difficult to survive in Jammu and Kashmir.  We felt that we will have to escape from the state or may lose life next day,” Shukla said. Worried about their life and future, a bus loaded with students was sent off at mid-night by college administration.

“Every second, we faced threat of losing our life. Leaving everything behind, we spent that night trembling in bus,” Shukla recalled. After doing clerical work and handling bureaucracy, he took admission in NIT, Raipur. But there was another twist.

“I had to repeat fourth year because we did not have certificates from NIT, Srinagar,” Shukla said. After completing his course, he worked for business companies as chemical engineer for 12 years. “I was successful but not happy and satisfied. So, I decided to take another turn in 2003 by going back to college,” Shukla said. He completed MBA and PhD. With support from wife Deeptimati, he became an academician and joined theatre again.