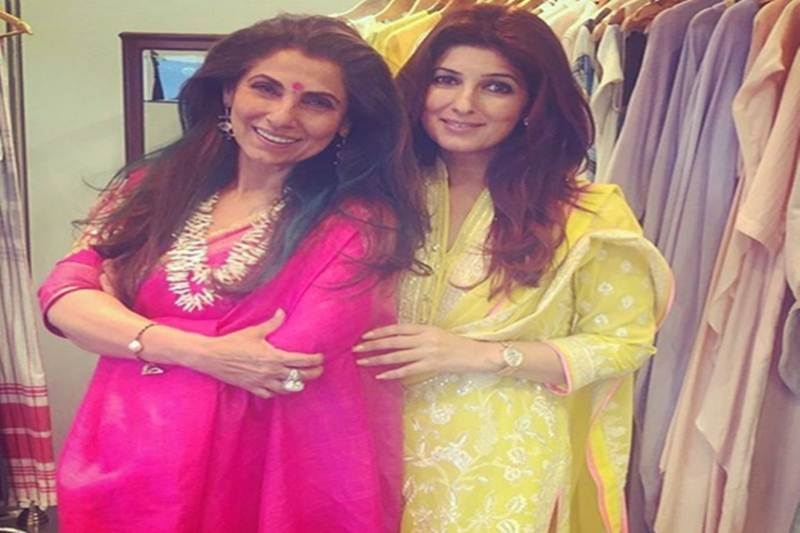 Of late, the extremely talented Twinkle Khanna has been on a vacation spree with her dearest husband Akshay Kumar. When she got back home to India, she met up with her mother- the evergreen Dimple Kapadia.

Twinkle Khanna captioned the photograph as “Mother streaked her hair blue last week and then decided to wear a pink sari to match #QueenOfCool#Swag”.