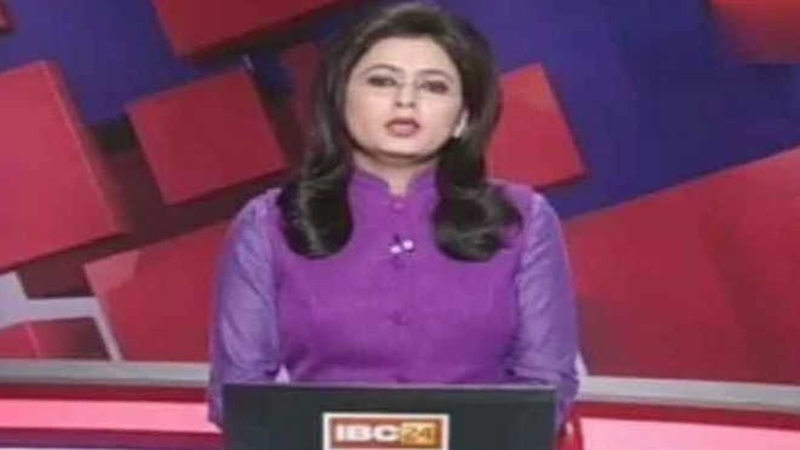 Raipur, Showing exemplary professionalism, a TV anchor read out the breaking news of her husband’s death in a road accident in Chhattisgarh staying composed in her moment of grief.

Kaur, an anchor with private Tv channel, IBC-24, was reading the Saturday morning’s news bulletin when she got to know during a phone-in about her husband’s death in a road accident in Pithora area of Mahasamund district, the channel’s output editor Anshuman Sharma told PTI.

During the phone-in, the reporter mentioned about the SUV (Renault Duster) which met with the accident.

According to colleagues of the 28-year-old anchor, she realised it could be her husband as he was supposed to travel in the same SUV, but she kept herself composed and completed the bulletin.

“While Kaur was reading the bulletin, the accident news involving the death of three people and injuries to two others, all natives of Bhilai trevelling in an SUV, flashed on the screen.

“She took details of the incident from a local reporter of the channel during the live phone-in and got suspicious as her husband was travelling in the same area and in the same car,” Sharma said.

She learnt that she was reading the news live about the death of her husband, Harshad Gawde (30), but she continued with the bulletin and completed it.

When she came out of the studio, she confirmed the news and broke down, Sharma said.

Kaur has been working with the channel for the last eight years.

Gawde and two others – Gaurav Sahu and Nishant Wakil – were killed on the spot and two others injured when their SUV was hit from the rear end by a truck yesterday morning while they were returning from Saraipali towards Raipur.

“I salute Supreet’s strength in dealing with her husband’s demise with extraordinary bravery and professionalism. May the departed soul rest in peace,” Singh said in a tweet last night.