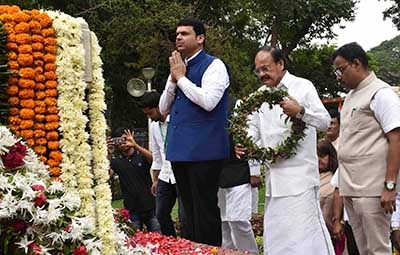 Union Minister Venkaiah Naidu and Chief Minister Devendra Fadnavis were present during the launch event which took place at the historic August Kranti Maidan here, from where Mahatma Gandhi had given the clarion call of ‘Quit India’ in 1942.

“Today after 68 years of Independence, there is a need for the people to respond with similar passion, zeal and commitment to ‘quit’ several social and other evils plaguing the nation and take India to newer heights,” Naidu said. 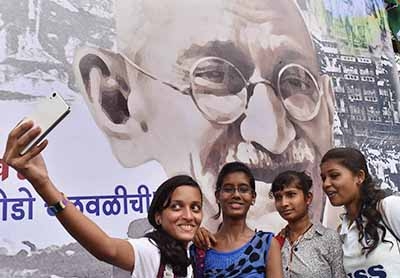 “We need to say ‘Quit India’ to illiteracy, discrimination, disunity and disharmony, terrorism and anti-nationalism to take the country from ‘swaraj’ to ‘su-raj’,” the Minister added.

Poverty has to be eradicated from the country, he said.

“Providing education to all, creating employment, combining development with welfare measures are all part of the larger ‘Quit Poverty’ campaign and every Indian should supplement the efforts of the government in this regard. ‘Antyodaya’ is the way forward,” he said.

For the nation to achieve progress faster on all fronts, every section of the society irrespective of caste, creed, religion and region should be part of the growth story, Naidu said, adding this is also the philosophy behind Prime Minister Narendra Modi’s ‘Sabka Saath, Sabka Vikas’ slogan. 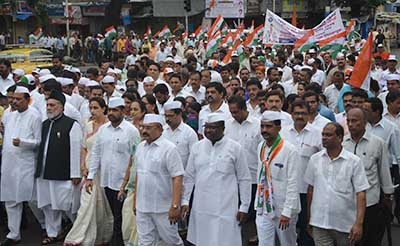 The Centre is celebrating this year’s Independence Day as ‘Azadi 70 Saal–Zara Yaad Karo Qurbani’ in a bid to rekindle patriotism among the citizens, especially among the youths, the Urban Development and Information and Broadcasting Minister said.

“All the Central ministers and also chief ministers of states have been assigned two places each for visiting birth places of national icons and places of historical importance related to Independence movement such as Jallianwala Bagh, Chauri Chaura, Cellular Jail, Sabarmati Ashram, Dandi etc,” he added.

Fadnavis said Mumbai had played a significant role during the freedom struggle. 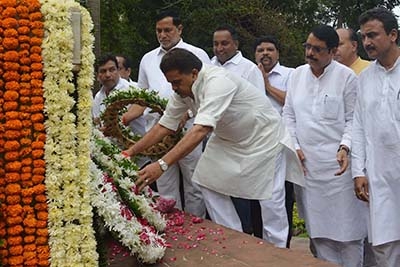 “Today, the city is taking a lead in launching the second Quit India Movement. This time the fight is not against the British, but against the social evils plaguing the state like corruption, farmer suicides, malnutrition, water wastage and terrorism,” he said.