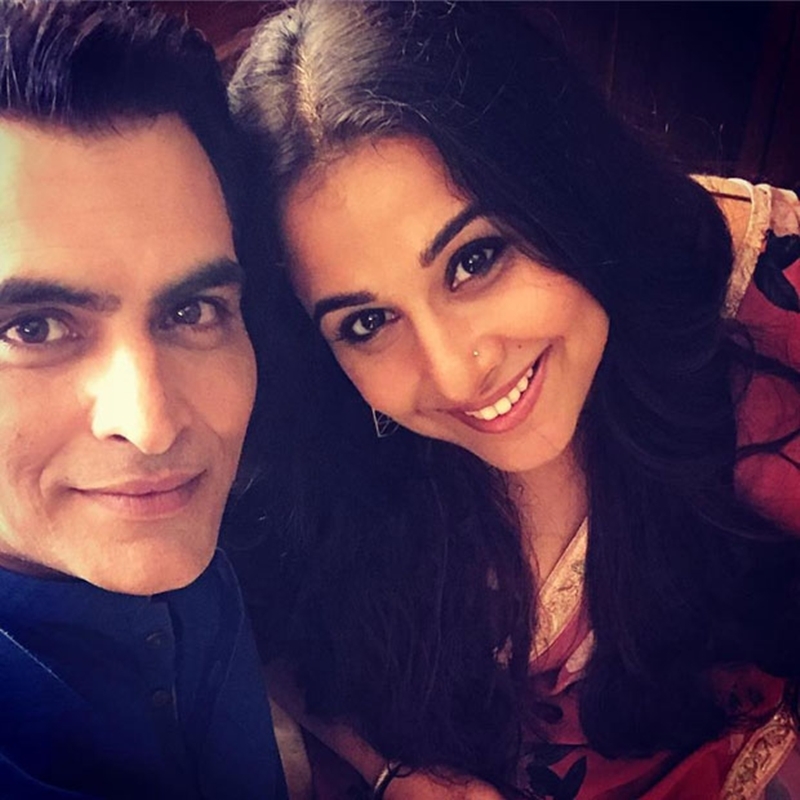 The year of 2017 was the year of breakout actors. It was also the year when Manav Kaul received immense appreciation for his role in Tumhari Sulu. The actor starred as Vidya Balan‘s husband. Though Manav has been doing theatre and films for the longest time, he has always received critical acclaim for his roles. After starring in films like Kai Po Che, and CityLights, Manav’s light-hearted character in the film won hearts. The actor had amazing chemistry with Vidya Balan in it which worked wonders for the film.

Just a day ago, there was a reunion. Manav Kaul shared a photograph on Instagram with his Tumhaari Sulu co-star Vidya Balan and marked the cute reunion. After one year, Manav and Vidya reunited for a secret project. They shot something together as Manav admitted missing the actress and facing the camera with her. Though it is unclear whether this was for some film or an ad, it really makes fans hopeful that the beloved on-screen would reunite for a film.

Meanwhile, on the work front, Manav Kaul has been roped in to star in a Netflix series with Radhika Apte. According to the official synopsis, Ghoul, a horror series based on Arabic folklore, is set in a covert detention center. Nida, a newly minted interrogator who turned in her own father as an anti-government activist, arrives at the center to discover that some of the terrorists held there are not of this world. Written and directed by Patrick Graham, it will be a unique series with several supernatural twists tracing Nida’s battle for survival.

Vidya Balan, on the other hand, will produce the Indira Gandhi biopic. It is based on journalist-author Sagarika Ghose’s biography Indira: India’s Most Powerful Prime Minister. She will producer under the banner Vidya Balan Films, quite separate from her husband’s SRK Productions.