Itanagar/Guwahati: Arunachal Pradesh Chief Minister Nabam Tuki met Governor Tathagata Roy on Friday and sought ten days time to prove his majority in the house but a Raj Bhavan statement later made it clear that the floor test has to be held on Saturday only as slated.

“I have met the Governor today and appealed to him to give me at least 10 days time to prove my majority in the floor test. Its a landlocked state and its also monsoon season. Most of my MLAs are out of the state and they would not be able to attend the session on Saturday,” he told waiting journalists after coming out of the Raj Bhavan in Itanagar. 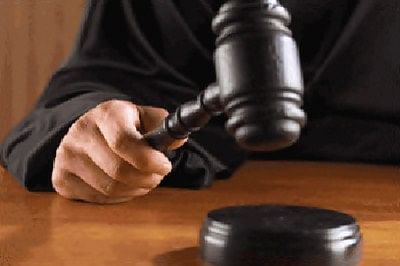 On Thursday night, Tuki had also sent a letter to the Governor saying that he has got only 48 hours to prove his majority in the house since his arrival in Itanagar. “Many of my MLAs/ colleagues are out of station and I am trying to contact them,” he said, noting most were unaware as he had taken charge of the office only on Thursday.

In his letter, he had also cited the Sarkaria Commission’s recommendations on holding floor test, which held “reasonable time” must be given to the Chief Minister to prove his majority, and that it had mentioned “30 days” as “reasonable time” unless there is very urgent business to be transacted.

Talking to media persons after the meeting, Tuki said: “The Governor has told me that he would consult legal experts and then take a decision. I hope he would be kind enough to consider my appeal.”

However, the Raj Bhavan statement said that Tuki and Roy “discussed overall development of the state and law and order issues” as well as “the ensuing floor test in the State Legislative Assembly to be convened tomorrow (Saturday)”.

“Citing apprehension that the present state government does not command required majority in the Assembly, the Governor asked the Chief Minister to prove his majority in the floor of the state Legislative Assembly tomorrow (16th July). He also emphasised that sense of security amongst the people must prevail and deterrent action must be taken to ensure foolproof law and order arrangement in the state,” it said.

Meanwhile, former Chief Minister Kalikho Pul, who had unseated Tuki in February this year with the help of a faction of dissident Congress legislators and BJP members, claimed that he has got the support of 42 legislators in the 60-member house, whose effective strength is 58 now after two members resigned earlier.

Pul, who is camping in a hotel in Guwahati since last two days with 42 legislators, also expressed fear that Tuki might try to resort to “horse trading” if more time is given for the floor test.

He, however, expressed his confidence over the support of 42 legislators backing him and said that he would defeat Tuki easily in the floor test.

In obedience of the Supreme Court judgment on Wednesday, Roy has reinstated Tuki as the Chief Minister of the state and asked him to call a session of the state legislative assembly on Saturday (July 16) to prove his majority.