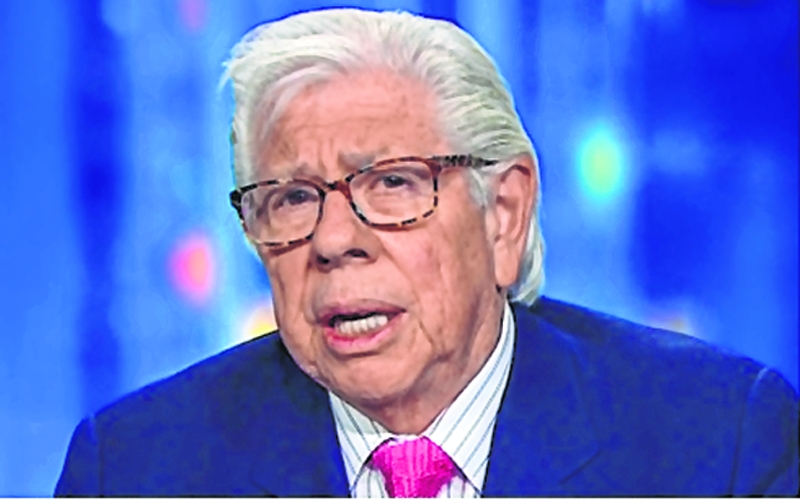 Washington : US President Donald Trump took aim at Carl Bernstein, one of the reporters who helped bring down Richard Nixon’s presidency, accusing him of making up stories.

Bernstein and Bob Woodward led the Washington Post team that investigated the 1972 break-in at the Democratic National Committee headquarters at the Watergate complex, which eventually led back to the White House, prompting a scandal that forced Nixon to resign in 1974.

“Sloppy @carlbernstein, a man who lives in the past and thinks like a degenerate fool, making up story after story, is being laughed at all over the country!” Trump tweeted. He also slammed CNN — a frequent target of criticism from the President — saying the network “is being torn apart from within based on their being caught in a major lie and refusing to admit the mistake.”

Bernstein was one of the reporters on a CNN story that quoted sources as saying Trump’s former attorney Michael Cohen claimed the US President knew in advance about a June 2016 meeting in which Russians were expected to share dirt on then-election rival Hillary Clinton.

The story has since been called into question as one of the sources — Cohen’s own lawyer Lanny Davis — recanted, but the network has stood by it.

The network hit back, replying to Trump”s tweet. “Make no mistake, Mr President, CNN does not lie. We report the news. And we report when people in power tell lies. CNN stands by our reporting and our reporters. There may be many fools in this story but @carlbernstein is not one of them,” it said.

Bernstein also pushed back against the President.

“I have spent my life as a journalist bringing the truth to light, through administrations of both parties. No taunt will diminish my commitment to that mission, which is the essential role of a free Press,” he wrote on Twitter.

“@CNN stands by its story, and I stand by my reporting,” Bernstein added.