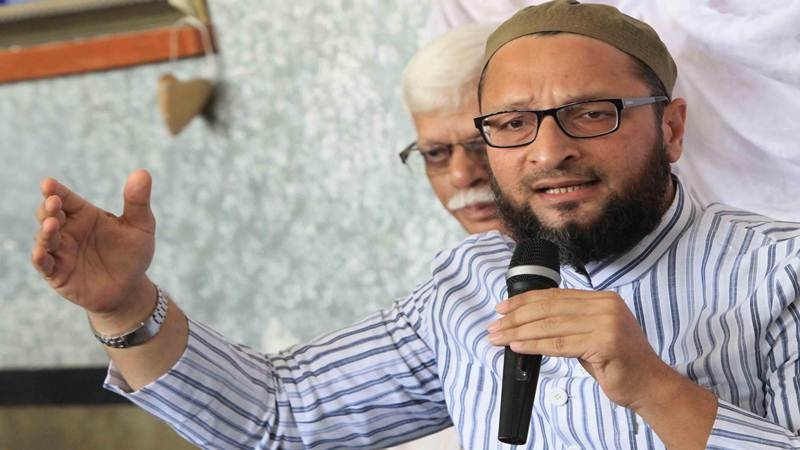 Aurangabad (Maha): The triple talaq bill is a conspiracy against Muslims and a move to punish men from the community, AIMIM president Asaduddin Owaisi has alleged.

A committee was constituted to look into the row over the film “Padmaavat” but no such step was taken on the triple talaq issue, said the Lok Sabha member from Hyderabad as he launched a scathing attack against the Centre. “The triple talaq bill is a conspiracy against the Muslim community. It a tactic to bring out the women of the community on roads and send the men to prison,” the All India Majlis-e-Ittehadul Muslimeen (AIMIM) leader said at a public meeting last night.

At the same time, he asked the Muslim community to socially boycott those who take the instant triple talaq route to divorce. He said Rs 2,000 crore should be allocated for Muslim women in the budget. The Muslim Women (Protection of Rights on Marriage) Bill, 2017 was passed by the Lok Sabha in the recently concluded winter session, but could not be passed in the Rajya Sabha with the opposition demanding that it be sent to a Select Committee for a detailed scrutiny.

According to the draft law, instant triple talaq will attract a jail term of three years for the husband. Owaisi claimed that Prime Minister Narendra Modi was doing nothing for the nation but was always ahead to take credit for the good work done by others. “The BJP wants a Muslim-free India and this would not happen,” he said and urged the people from his community and the Dalits to wake up and raise their voice against injustice.

Owaisi alleged that the Union government was trying to forcefully implement the ideology of V D Savarkar. “The ideology of M S Golwalkar, K B Hedgewar and Sawarkar was Hinduism and we are not going to accept it,” he added. He also sought to know why Sambhaji Bhide of the Shiv Pratishthan Hindustan and Milind Ekbote of the Hindu Ekta Aghadi were not arrested in connection with the violence on January 1 during an event to commemorate the bicentenary of the Koregaon Bhima battle in Pune.