Tribute of 6700 cupcakes for 67-year-old Rajinikanth 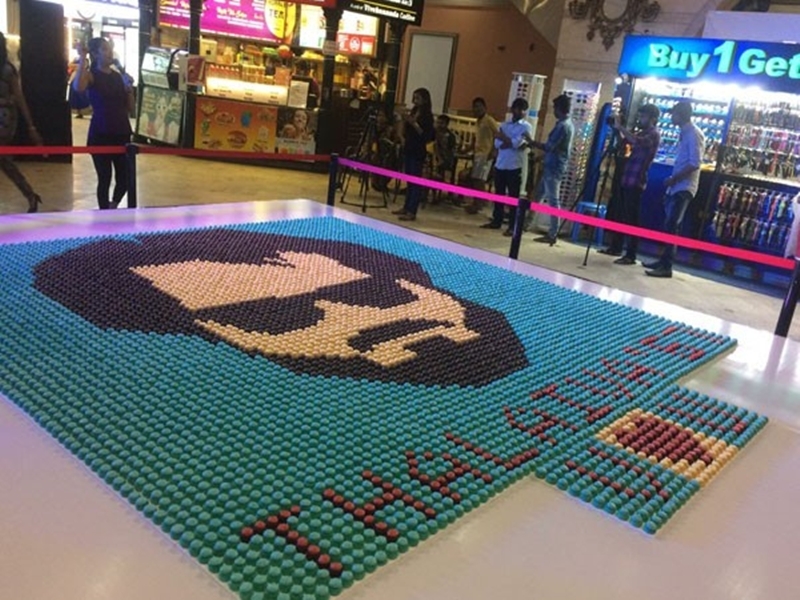 Chennai: As superstar Rajinikanth turned 67 today, his fans created a mosaic of his portrait with 6700 cupcakes at Chennai’s City Centre Mall. Buttons Cupcakes that took up the initiative, laid around 6700 mini cupcakes worth Rs 2 lakhs.

Suchithra Karthik, a representative of the bakery told ANI that it took around a month to plan the special tribute, and the baking took 72 hours. “We’re big Thalaiva fans and this is our tribute to him,” she said.

The mall-goers were seen thronging to the venue and taking selfies with the cupcake mosaic. A flash mob to the songs of Thalaiva was also organised at the mall. Rajinikanth, whose real name is Shivaji Rao Gaekwad, was born on December 12 1950.

The Indian film actor, who works primarily in Tamil cinema, began acting in plays while working in the Bangalore Transport Service as a bus conductor. Today, he is one of the highest paid actors in Asia, and has an immense fan following, especially down South.