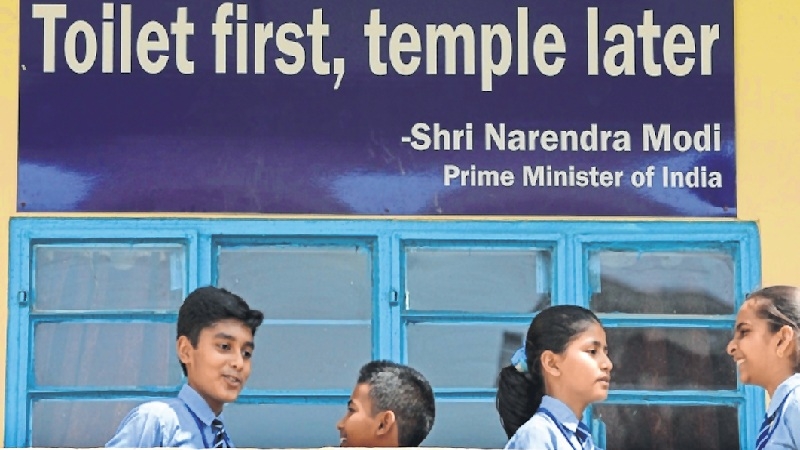 Mumbai: After two instances of fatal toilet slab collapse and septic tank crashes in 2017 and 2018, respectively, and unending complaints of lack of cleanliness, the Maharashtra Housing and Area Development Authority (MHADA) would like to wriggle out of the responsibility of toilet upkeep and hand over the task to the BMC.

A MHADA official said, “Since we are only an implementing agency, we cannot look after these toilets. If these are handed over to the BMC, they can be maintained properly. It is BMC’s obligatory duty to provide civic amenities; also, they have a solid waste management department with designated cleaning staff. If the BMC so desires, it can even outsource cleaning operations.”

Data shows that MHADA has constructed around 80,000 toilets in slums, using Member of Parliament Local Area Development (MPLAD) and legislators’ funds. Over 12.5 per cent of these –10,000 — are in bad shape, while the rest are in good condition, MHADA claims.

However, the BMC is not convinced. As a result, for the last two years, the upkeep of 80,000 toilets is in limbo. The MHADA official said it was only in 2017, at a meeting with the chief secretary, that it was decided that BMC should take over MHADA toilets which are in good shape.

Thus far BMC has only taken charge of around 4,000 toilets. “BMC wants us to conduct a structural audit of toilets constructed but we don’t have the funds to carry out such work. They are the ones who have decided that 70,000 toilets are in bad shape. Therefore, we have demanded a joint inspection,” observed the MHADA official.

A senior civic official of the Solid Waste Management (SWM) department agreed that BMC had asked MHADA to carry out a structural audit of the toilets and said the corporation had no problem with conducting a joint inspection.

In 2017, a public toilet slab of Indira Nagar slums in Mankhurd collapsed, killing three. Slum-dwellers made several complaints to MHADA about the dangerous condition of the toilets, but in vain. It was only after the mishap that the authority pasted a notice warning people not to enter the toilet as it was in a dangerous condition. In April 2018, two people died after a public toilet caved in at Bhandup. BMC officials had then said that repair work on this toilet was stalled after the locals demanded a sewage line, instead of a septic tank.

It is instances like these say MHADA officials which have made them come up with the idea of handing over toilet upkeep to BMC. “If BMC takes over these toilets, cleanliness can be maintained and water and electricity can be provided.”