“Tiger Shroff’s is a lucky boy that Ram Gopal Verma doesn’t like him”, says Sonam Kapoor 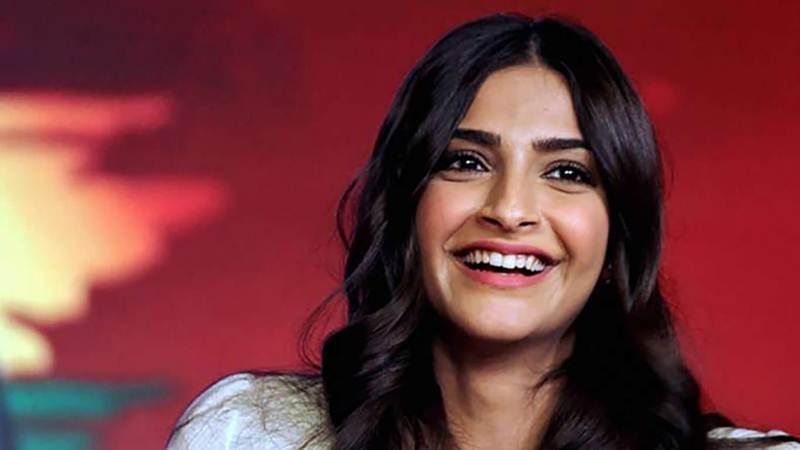 Mumbai: Bollywood director Ram Gopal Verma is always active on social media with his controversial tweets on other Bollywood stars. Recently, RGV tweeted regarding Tiger Shroff on his birthday that, @iTIGERSHROFF Please learn machoism from @bindasbhidu who even without martial arts poses more like a man and never like this.

Also Read: RGV wishes Tiger on his birthday by comparing him to be gay and many such ‘observations’ 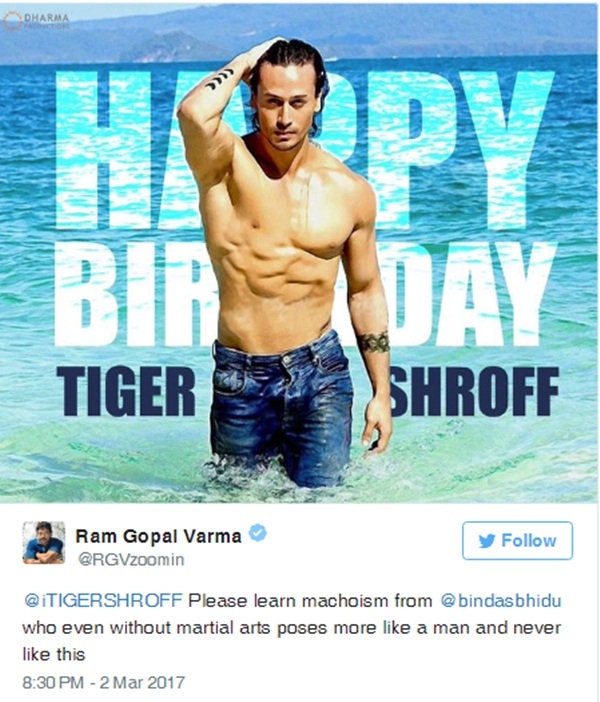 Taking a side of Tiger, Sonam Kapoor said in an interview to tabloid that, Tiger is a lucky boy that Ram Gopal Verma doesn’t like him. Whoever RGV doesn’t like, they does very well. I am very happy”. Further she added, I like Tiger. He’s very cool and least bothered. He is very well-behaved and performs so beautifully. I saw him performing recently at an awards event and he did such a good job. It was a pleasure to watch. I just haven’t had the chance to watch his performance, except for his first film, but whatever I see him at events and parties, I find the way he conducts himself very dignified”.