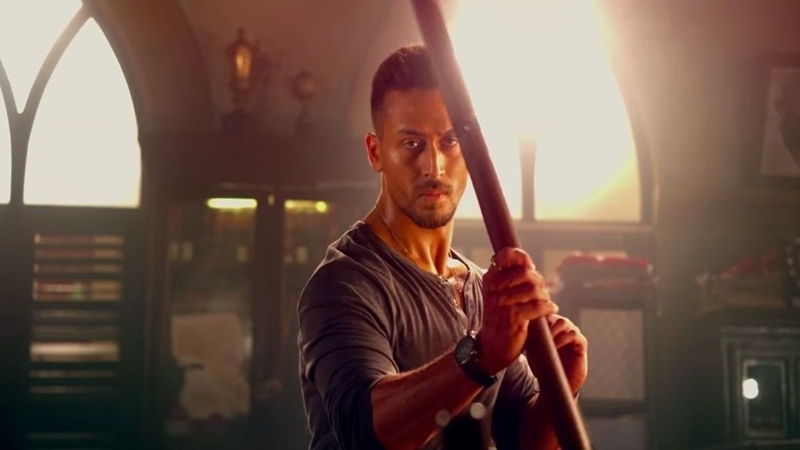 Tiger Shroff’s action entertainer Baaghi 2 has surpassed the lifetime collections of Varun Dhawan’s Judwaa 2 in just 11 days. With Baaghi 2, Tiger Shroff’s power has left behind his contemporary Varun at the box office by minting 22.50 Cr over the second weekend [Fri – 5.70cr, Sat -9.30cr, Sun -9.50cr] taking the total to 135.35 Cr.

Judwaa 2 being Varun Dhawan’s biggest film ever has been taken over by Tiger Shroff’s high octane action franchise Baaghi 2 in a count of 11 days. Not just that, Tiger Shroff has also emerged as the youngest Bollywood actor to clock the fastest century. The actor also becomes the only gen next actor to have a massive opening on day 1.

Interestingly, both the films fall into Sajid Nadiadwala’s kitty and with Baaghi 2 Tiger has taken a lead. Tiger Shroff’s power-packed action has been the talk of the town ever since the film’s release.

The success of the Tiger Shroff starrer has been so tremendous that even Bollywood has gotten to its feet to applaud what the film has achieved. While Hrithik Roshan has already given Shroff the title of the ultimate action hero, Akshay Kumar and Anil Kapoor has also praised the young gun.

Overwhelmed Tiger Shroff took to his Instagram story to thank his parents and all his Baaghi 2 co-stars who have supported him throughout the film’s journey. The actor also thanked his mentor Sajid Nadiadwala for all the love and support.