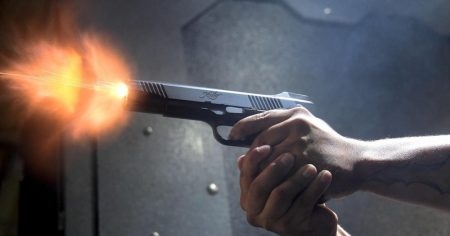 Washington D.C: A shooter went on a rampage at a software office in Middleton town in Wisconsin, injuring three persons before the police fatally wounded him on Wednesday. Middleton Police spokesperson Keith Cleasby said that the suspect was rushed to a local hospital, but succumbed to his injuries. The motive of the shooting is unknown, CNN reported.

Middleton Police Chief Charles Foulke said that the building, where the shooting took place, was cleared and secured. He confirmed that no other suspects were being sought while also informing that the injured have been rushed to a local hospital for medical treatment. Around 50 police cars and officials from the Federal Bureau of Investigation (FBI) initially responded to the shooting.

Middleton Mayor Gurdip Brar expressed sadness over the incident, saying, “My heart goes out to the people involved in the shooting. You never would think this type of thing would happen in your city. Really, so sad that this happened here.” This is the second shooting incident reported on Wednesday.

A person was killed and four others injured in a shooting incident at a magistrate’s office building in Pennsylvania, officials said. Authorities said that one person was reportedly killed in the attack. However, it is unclear whether a shooter was among those shot.