There was something in Indian spy Kulbhushan Jadhav’s shoes: Pakistan FO 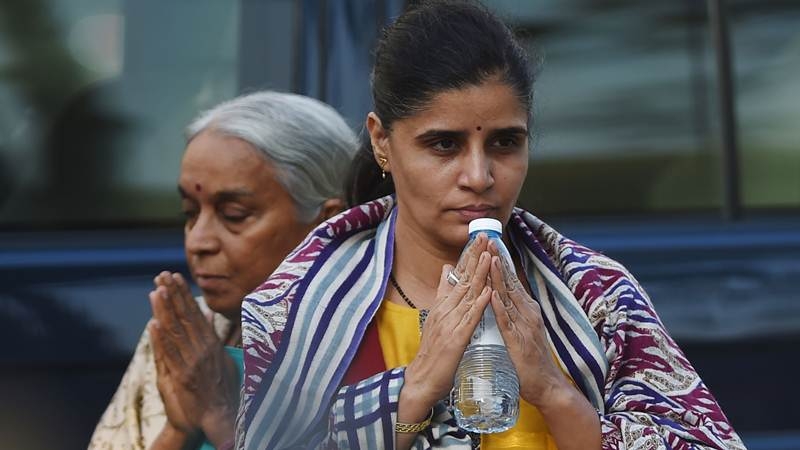 Islamabad: Clarifying its stance, Pakistan has claimed that the Kulbhushan Jadhav‘s wife’s shoes were confiscated on security grounds as there was “something” in it.

“There was something in the shoe (of Jadhav’s wife),” the Dawn has quoted Pakistan’s Foreign Office Spokesman Dr Muhammad Faisal as saying. The shoe is being investigated, he added.

Pakistan’s Foreign Office, in a statement, said, “We do not wish to indulge in a meaningless battle of words. Our openness and transparency belies these allegations” and “categorically rejected India’s baseless allegations and twists.”

The Ministry of External Affairs (MEA) on Tuesday stated that, “For some inexplicable reason, despite her repeated requests, the shoes of the wife of Jadhav were not returned to her after the meeting. We would caution against any mischievous intent in this regard.”

Pakistan had disregarded the cultural and religious sensibilities of Kulbhushan Jadhav’s family, who met him on Monday in Islamabad, the MEA added.

“Under the pretext of security precautions, the cultural and religious sensibilities of family members were disregarded. This included the removal of mangalsutra, bangles and bindi, as well as a change in attire that was not warranted by security,” MEA spokesperson Raveesh Kumar said.

Kumar added the Pakistani press, despite prior agreement that the media would not be allowed close access, was allowed on multiple occasions to approach the family members closely, harass and hector them and hurl false and motivated accusations about Jadhav.

“We note with regret that the Pakistan”>Pakistani side conducted the meeting in a manner which violated the letter and spirit of our understandings,” he said.

Kumar further said that the Indian Deputy High Commissioner in Pakistan, who was supposed to be with the family all the time, was initially separated from family members. The MEA spokesperson concluded by saying that the manner in which the meeting was conducted and its aftermath seemed clearly to be an attempt to bolster a false and unsubstantiated narrative of Jadhav’s alleged activities, adding the exercise lacked credibility.