There is less space for humour or for reality: Saurabh Shukla 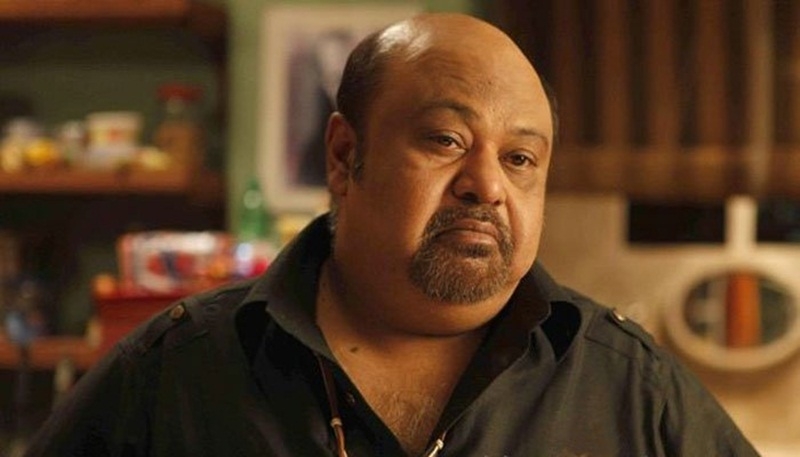 Mumbai: He is one of the most formidable performers in Bollywood but it was “Satya” which established his reputation as a great actor and also as a writer. The actor, who co-wrote Ram Gopal Varma’s cult gangster drama with Anurag Kashyap, has fond memories of the 1998 film and considers it among his favourite films.

Ram Gopal Varma was the only director at that time who was making experimental films and many talented people wanted to be a part of that process, including Shukla. “I was dying to act in a Ram Gopal Varma film at that time. When he said, I also had to write, I couldn’t say no. I am glad I wrote that film as it made me learn so much. It established me as a writer. Writing is a tough process and it is not even paid well,” Shukla told PTI in an interview.

“Ramu had been working on ‘Satya’ for a quite sometime. He had worked with Anurag for a year or so on it. But when he decided to make the film, he wanted another writer to come in. He had the whole world ready for that film, he had characters and some incidents that he wanted to incorporate in the story.”

The film became a cult hit and its characters and dialogues became memorable but Shukla says it is hard to pin-point who contributed what in the film.

“Anurag and I co-wrote the film. Ramu liked the first draft. I feel a film is not just written by writers, but also by the director and actors. They improvise and it all becomes part of the script. We did a lot of improvising.

“It is unfair when people ask about Ramu’s contribution or inputs from me or Anurag, there is no I, you and me. It was a combined effort. We wrote it from scratch, we made the screenplay, everybody contributed in the film.”

The censor board had given the film an ‘A’ certificate. When asked whether it would have been difficult to get the film passed today, Shukla said the space for humour is shrinking in the world.

“Javed Akhtar had once said, ‘It was easy in 1975 to write a scene in ‘Sholay’ where Hema Malini is talking to Lord Shiva statue and Dharmendra is hiding behind it and pretending to be the God’. It is a comic scene but today, I don’t know what would happen.

“Everybody is so touchy about everything. There is less and less space for humour or even for reality. Somehow, we have chosen not to reflect the reality. The whole world is getting touchy. It is like a maze and you get lost.” After “Satya”, Shukla went on to pen the script of critically-acclaimed films such as “Mithya” and “Raghu Romeo”, but the actor says he is a reluctant writer as he is not comfortable about writing on market demand.

“In my career of 25 years in Bollywood, I have always written, it is just that I take time. It takes a year-and-half to three years for me to write a film and in that process, you can’t write for the market. The market demands like a factory, so you have to keep writing.

“But I write what I like, I don’t do it as a profession. I have never claimed that I am a professional writer. So I get freedom to write what I want to write.” Shukla’s another memorable role was his turn as Judge Tripathi in “Jolly LLB” and the actor says he initially thought that there would not be much for him to do other than say ‘order, order’ but Subhash Kapoor proved him wrong by writing a beautiful character.

“Subhash wanted to make a realistic film. Look at the authenticity of the court scenes in the film. Subhash gave me lot of anecdotes and insights. Till date, I have not visited a court and I hope I do not have to go.

“When Subhash told me that I have to play the role of a judge, I had this cardboardish image of a judge. I told him ‘Please, don’t let me play judge, he only says – ‘order order’ and delivers the verdict. That’s it’. But when I heard the whole script, I told him nobody will do this role but me.” His most recent film was the Ajay Devgn-starrer “Raid” and the actor said playing a corrupt politician was a cakewalk.

“I am not a leading man so I have the privilege of not thinking so much about the numbers. Once the film had started rolling, we knew we were making a good film. I enjoyed every bit of that. We shot the film completely in Lucknow. I have great respect for the director. The script was tight. Nobody knew about the numbers. If you like what you do, you can expect people to like it.” The actor says he is proud of all the films that he has done as his character has always been close to reality.

“Films don’t lie, they are true to their genre and the story. There is always this perception about what people will like. The moment you have that perception and you have to do that, you will never be able to speak the truth. It is you who has to like it first and remain true to the grain of the film, without the fear of failing. I am proud of all the films that I have done.”