The transformation of Calcutta to Kolkata, via art

From the treasures of East, Shuvaprasanna’s work depicts all he has witnessed from the transformation of Calcutta to Kolkata. As he states, ‘There isn’t another city like Kolkata anywhere in the world.’

From very early age, I’ve always been interested in drawings and sketches. When I was growing up, I had the opportunity to make sketches of Russian president Voroshilov, American ambassador John Kenneth Galbraith and India’s first president Dr Rajendra Prasad, etc,. My childhood is laden with such stories. I was never interested in any sports. Drawing and Painting was my only passion. So naturally after finishing school, I joined Art College even though my parents were not very enthusiastic about it. And, I never had to look back.

You are today known as the ‘activist’ painter who dramatises social and political issues on canvas. Would you agree with that?

Not at all. But, artists do not work in a vacuum. Art has always been a representative of history and reflects the time and space it was created in. Most art draws its inspiration from reality and moulds it into abstractions. I’m also aware of my surroundings and the socio-political changes and happenings affect me as well. Naturally, it reflects on my canvases. One can call me an activist in that sense. Not in true political sense. 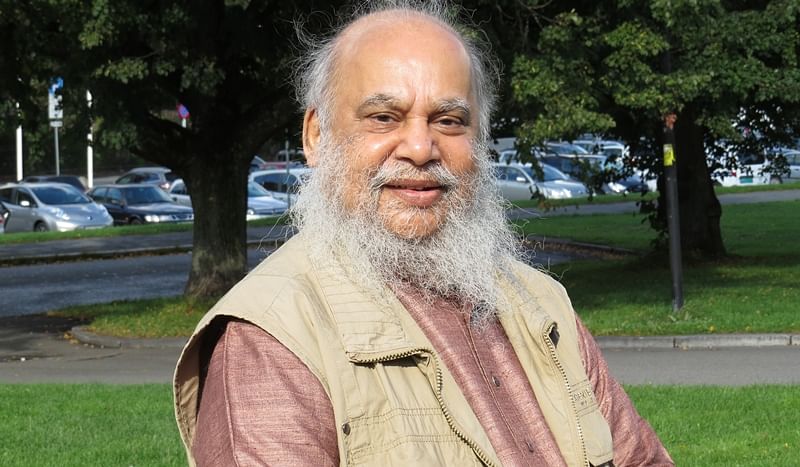 Shuvaprasanna paints Kolkata with a romantic brush? True or False. Tell us more about the ‘romance’.

True. You see, I was born and brought up in this city and have a deep rooted connection to the city. Over the years, I’ve done paintings on metropolises and obviously Kolkata has always been the first choice. Kolkata is an ever evolving vibrant city. There is poverty and pain and political turmoil alongside beauty and joy, and cultural richness. I feel there is something very mystical about this city that’s never-endingly fascinating and attractive, that I cannot ignore for long.

How is it to be married to an equally talented Shipra Bhattacharya? Do you ever disagree with her over Art? (Please talk a little about meeting Shipra, marrying her, and your daughter).

My journey with Shipra began on an interesting note. On a rainy evening Shiprahad come to see me to learn drawing from me. She was a student of bio-science and wanted to learn art. I told her if we could establish a special relation then only I’ll teach her. She left that day. I was at a loss. I didn’t have her number and didn’t have a way to contact her. Fortunately, after a week she came back and said ‘Yes’. Thus began my journey with Shipra which is still going strong after four decades. Initially I guided her how to draw and paint. Later she became a student of the college I had started. Gradually she found her own voice and developed her own style; which is very different from mine. Today, her studio is right next to my studio but completely separate. However we share the same bedroom.

Our daughter Jonaki is involved in mainstream film with her husband Aditya Vikram.

No other artist has invested in creating a Museum. Your Art Acres project is your long standing gift to India. Tell us how it all happened?

Since very beginning I had the dream and desire to give something back to the world of art. With that dream I founded ArtsAcre back in 1984 when Pandit Ravi Shankar had laid the foundation stone. Later ArtsAcre was officially inaugurated by Nobel laureate GünterGrass in 1987. It was a sort of a small utopian village of Art where artists lived together, worked together and even grew vegetables together. Later as I managed to save some money, I gathered a few like minded people and built ArtsAcre Museum. Spread over 1,65,000 square feet with myriad facilities, ArtsAcre campus has a 40,000 sq. ft museum that houses paintings and sculptures representing Bengal Modern Art, Bengal Contemporary Art, Indian Contemporary Art, Bengal Water Colours, etc,.

ArtsAcre is a world class integrated Arts Facility that is a haven for both artists and art lovers alike.

Shuvaprasannasome say has political ambitions. Do you think the artist can become a good politician too?

Not at all. I have no ambition in politics whatsoever. Yes, from time to time, whenever I saw some social injustice I raised my voice, participated in protests and lent my support to the cause. But purely as an aware citizen of the city and of the country, devoid of any political aspiration.

Your favorite artists from the Bengal School?Shantiniketan? Across India?

I’m a great admirer of master artist Abanindranath Tagore. Besides, I also like the works of Amrita Sher Gil and F N Souza.

Why have you not taken your art global?

That’s not true again. My first exhibition in Europe was in Geneva way back in 1974. Since then I exhibited my works in Switzerland, Germany, France, America and in several south east Asian countries. I have held more than 55 exhibitions all across the world.

Do you think prices for Art today are under-heated? Or was pre 2008 just a bubble?

We saw the big boom of Indian Art Market in the 90s and early part of this century. Of course, the global economic meltdown of 2008 affected all kind of businesses and impacted all walks of life. So it had its impact on the art market too.

(Mukul Rai Bahadur is an art lover, and critic. He lives in Mumbai and works at Star TV. He can be reached at mukulraibahadur@kailasham.com).

HomeCmcmThe transformation of Calcutta to Kolkata, via art