The right and left need to strike a balance in politics

The blowback from the liberal elite over the NDA’s emphatic Lok Sabha win has been expectedly severe. The voter has been charged with abusing his franchise and the BJP with having manipulated voters/votes.
Bhavdeep Kang 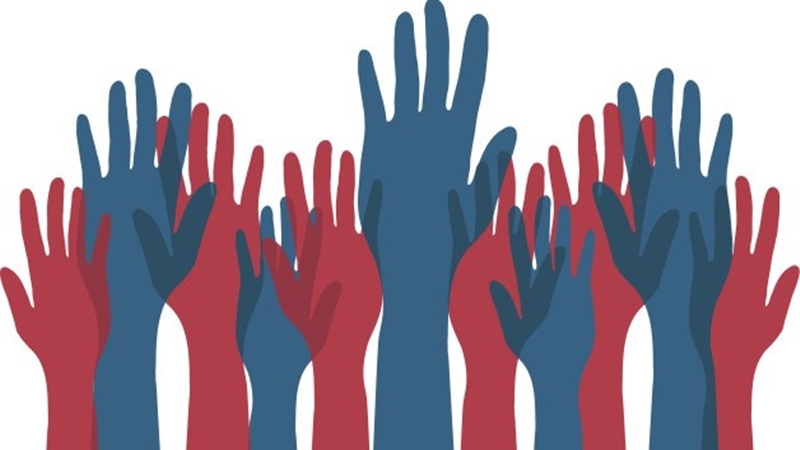 The blowback from the liberal elite over the NDA’s emphatic Lok Sabha win has been expectedly severe. The voter has been charged with abusing his franchise and the BJP with having manipulated voters/votes. The most egregious of the social media posts by Lutyen’s intellectuals averred a spike in the “national stupidity index”.

Insulting voters for having exercised their franchise is a tad over the top, but it must be viewed from the perspective of the Lutyen’s brigade’s own disenfranchisement. The “voter is stupid” narrative stems from a sense of entitlement and arrogance vis-a-vis the ‘little people’, nurtured over decades of membership to the entrenched power structure.

Narendra Modi-the-Disruptor has undoubtedly shaken up that power structure. Many of those with a vested interest in its survival have taken the rather pragmatic approach of aligning themselves with the right-wing and blatantly taking a U-turn, with the sole aim of perpetuating their influence. A hilarious debate on a news channel featured prominent members of the Lutyen’s brigade enthusiastically bashing the Lutyen’s media!

The committed left-liberals, on the other hand, continue to attack the right-wing, no holds barred. In so doing, they display certain courage of conviction and this commands respect. Agree or disagree, one cannot but salute their ideological loyalty. When the bitterness of defeat has abated, the more rational among them may serve as constructive voices of opposition.

This is not to argue that the Congress should subscribe to their views. As a political party, it must listen to the voter rather than the narrow band of left-liberal opinion. The surreal black-and-white perspective of the political spectrum-shaped by the Lutyen’s intellectuals is clearly out of touch with reality. Reducing ideology to the pro- and anti-minority binary has proved expensive for the Congress. It must shape its own perspectives in the future.

Politicians are well aware that ideology has thus far played second fiddle to identity politics. Just because the BJP’s carefully crafted social coalition has taken the mickey out of caste-based parties does not mean that the voter unquestioningly subscribes to the BJP’s ideology. It just means that the BJP – or rather, the RSS – is better at social engineering, caste arithmetic and marketing its ideas.

The aam voter represents all the colors of the ideological spectrum, from conservative to liberal. To argue that there is no such thing as conservative liberalism is just plain silly. Voters may see themselves as nationalists and support a uniform civil code, but they may also be pro-choice or refuse to buy into the regressive “family values” trope and be open to the idea of gay marriage.

If the Congress hopes to reprise its ‘big tent’ approach, it must make room for more shades of political opinion. The competitive secularism among Congress leaders narrows the party’s vote base to nothing. The very minorities it seeks to woo abandon the party when it cannot bring a pre-existing vote bank to the table. The Left-liberals have cried themselves hoarse warning the Congress against falling into the “trap of soft Hindutva”. First, the Congress needs to release itself from the trap of minority vote bank politics.

A right-wing intellectual – yes, the species does exist – put the Congress dilemma succinctly. The aam aadmi, he said, was tired of being subjected to a daily test of her secularism. For decades, minorities were regarded as secular by default, but any member of the majority community had to pro-actively prove her secular credentials or be tarred and feathered as a Hindu fundamentalist. That mindset is now changing, to the anguish of Left-liberals.

That brings us to another standard criticism, that the right is rigidly anti-intellectual and has therefore failed to produce scholars or original thinkers of note. This perspective is not exclusive to India. Academia and media the world over have been colonised by the Left, and their angst against the right is a fallout of a gradual process of decolonisation.

The western media’s vitriolic attack on Modi in the run-up to the election result is a prime example. In their defense, they rely solely on the Lutyen’s media and so, have no idea of what is going on in the rest of India.

The pendulum is still swinging from left to right, but has yet to reach its apogee of oscillation. When it does, one can only hope that the Right is more accommodating of diverse opinion than the Left was in its heyday and can strike a balance between appeasement and intolerance.