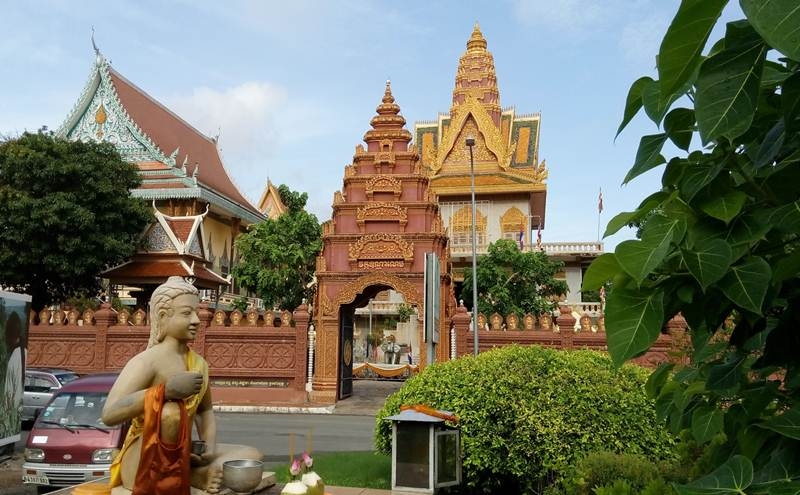 Despite a troubled past, this Cambodian city has retained its quintessential charm, writes Uday K Chakraborty

Cambodia, with its distinct culture, great archeological treasures, variety of terrain and a troubled recent history, is, in many ways, the most enchanting of the Indo-Chinese states. And, if there is such a thing as spirit of the place, Phnom Penh, its capital, has it in full measure. Today, Phnom Penh has largely recovered from years of turmoil and consequent neglect where the travellers quickly discover that it retains a quintessential charm.

One of the last far eastern capitals to successfully preserve the authentic make-up of colonial Indochina, it is dominated by cyclopousse (Indochina version of rickshaw) and motor-cycle drawn tonga. On the first day, the Cambodian capital appeared somewhat disordered. It didn’t take long, however, before I was picking up echoes of past beauty and civic order apart from docile charm of its people.

Despite being a relatively less well-off country, Cambodians had given priority to spruce up their cities, renovate its beautiful colonial architecture with new layers of plastering and coats of bright paints. At the same time, Phnom Penh has maintained a human scale now rare in cities anywhere. There are no skyscrapers to screen out sun, industrial pollution is virtually absent. The majestic Khmer Towers and colourful French villas surrounding the Royal Palace create an interesting scene together with the cafes on the street corners. 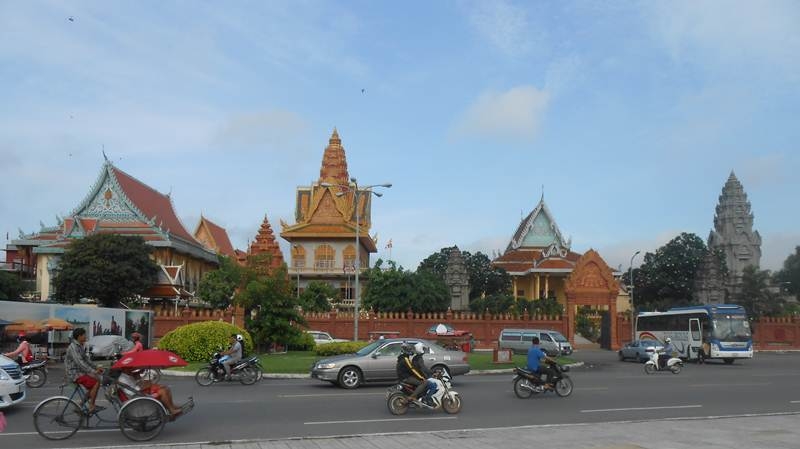 A lookout from our hotel terrace made it obvious that the city houses many beautiful pagodas and temples, and famous Wat Oualom was just across the street. First morning, we visited Wat Phnom located on a small hillock (around which the city was originally built) and saw a complete cross section of local people mixing their religious rituals with family entertainment (merry-go-rounds, rides and hawkers), courtships and getting their fortunes told, within the Buddhist temple complex. The smiling and helpful Cambodians are gentle to the point of being docile.

The riverside promenade attracts hundreds of local families on weekends and holidays, and is great for people watching. Just in front is the Royal Palace, now a museum and accessible to general public. Inside the complex, there are quite a few glittering palaces and throne halls, pagodas and other structures. Superbly frescoed scenes from the Ramayana in the peripheral corridor beckon visitors to the Silver Pagoda, a shrine endowed with hundreds of Buddha images, its floor paved with nearly 6,000 kilograms of silver, and a tall priceless emerald Buddha as its centerpiece.

Despite its generally traditional Cambodian style, the palace was a colonial creation, built after France declared a protectorate over the country in late nineteenth century, imposing its vision of urban life as it had in other centers of Indochina. That vision found reality in the city’s long tree lined avenues and an architecture of stucco, green louvered windows, cupolas and mansard roofs. Indeed, the city’s main boulevards are named France, Charles De Gaulle and Narodom and at their meeting point stands the Independence monument, an Indochinese version of Arch de Triomphe in Paris.

The National Museum, another impressive French Designed Khmer style building attracts many for its exterior beauty and cultural wealth inside. It has an impressive collection of Khmer statues and handicrafts dating back to pre-Angkor time on display. 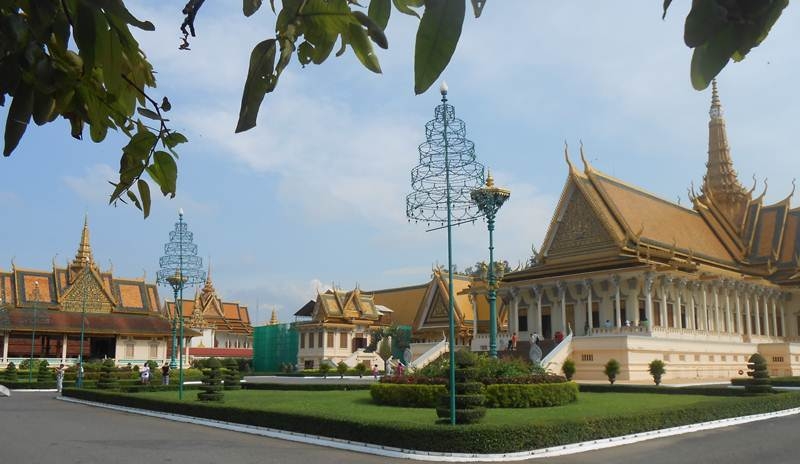 After the museums we head out to Udong, forty kilometers to the North of Phnom Penh. This place served as Cambodia’s capital for approximately four centuries, starting in the 17th century. Besides temple ruins spread out over two areas, other ruins – Buddhist temples and the Tan San Temple, which saw great damage during the civil war – are also among the things that can be seen here.

Next morning, we rode out to the outskirts to see the Killing Fields site at Choeng Ek. Then we visited Tuol Sleng right in the centre of the city. Originally a high school – where more than 20,000 “enemies of the state,” including children, had been executed. Axes, winches, whips, chains, immersion tubs and other instrument of torture were scattered everywhere. A noose dangled from a crossbar, silhouetted against the grey sky.  Both these places were chilling reminders of the horrors of the recent past which, nonetheless, underscored Cambodia’s tremendous will to survive.

Indeed in Phnom Penh, there is much lost time to make up, much joie de vivre to recapture. Fortunately now hope – and commerce – has resoundingly returned to the former ghost city and its nearly ten lakh inhabitants. Its daily markets are bulging with produce from the countryside. The concrete-domed building of the venerable Central Market has become the symbolic heart of the city. Here hundreds of privately owned stalls sell everything – from Chinese and Thai goods to American cosmetics, gold and branded watches.  Silk woven on traditional looms and silver artifacts made by master craftsmen are tourist favourites.

It was also very pleasant to note that they have revived Cambodia’s sensuous, classical dance forms, particularly their interpretation of Ramayana and dance of the Apsaras, the mythical Hindu maidens often found as reliefs on the walls of Cambodian temple. 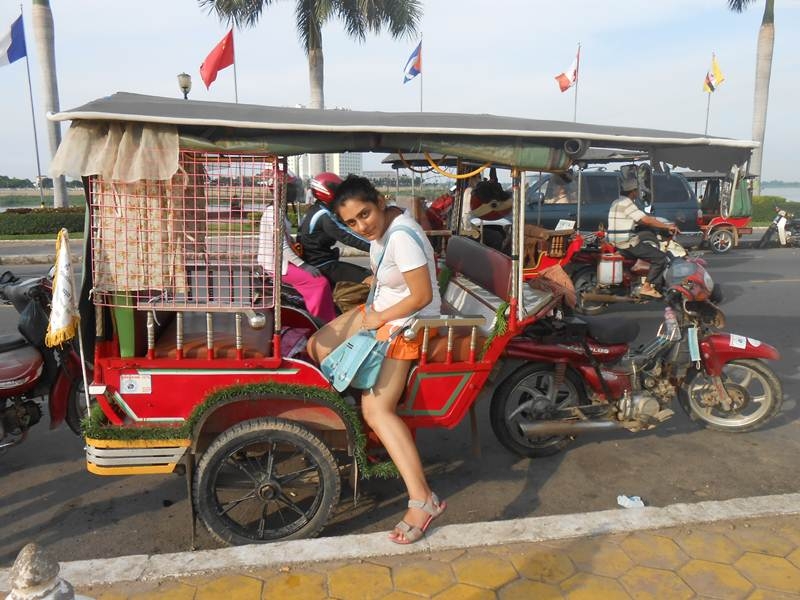 Restaurants have sprung up everywhere, offering French, Cambodian and other major cuisines with equal élan. Then there is beer. After tinkering with many imported options, we settled for Cambodia’s own self expressive brands like Cambodia and Angkor beers. The sense of growing freedom was real and a palpable feeling of happiness. Life indeed had returned to one of the world’s loveliest and most tragic cities.