Thanks to Sanjay Manjrekar’s ‘Imperfect’, I relived the 90s all over again 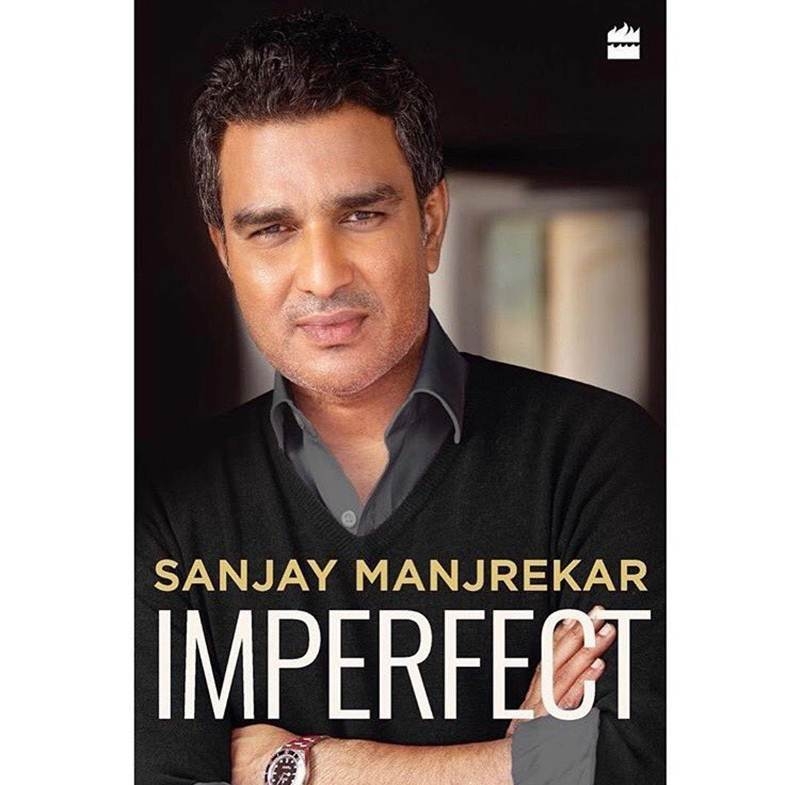 Just to make it clear at the outset, this is not a review of your wonderful memoir ‘Imperfect’. That is already getting the praise it deserves. I just want to share the joy that reading your book gave me, a cricket fanatic from the 90s, who used to eat, sleep and drink cricket. And, this is no exaggeration for a 90s kid, as cricketers from your generation would have experienced.

It has been ages since I read a good cricket book. Thankfully, I stumbled upon an excerpt of ‘Imperfect’ on Cricinfo. It was intriguing to read the chapter on Pakistan, with an on-field brawl leaving captain Srikkanth shirtless, and your amazing admiration of Imran Khan. (of whose leadership I am a big fan as well. When asked to write an essay on leadership in college, I could not look beyond him). Your imperious description of the Srikkanth incident literally recreated the hilarious incident in front of my eyes, and was enough for me to conclude I needed to read this book.

There were lot of factors that resonated with me right from the start. Like you, even I do not enjoy a great equation with my father. I couldn’t fulfil his dream of being an engineer, and my decision to marry out of caste was like the last straw in the relationship. I am totally in agreement when you say that ‘Religion is an outdated concept’. But, thanks to you, I could recall fond memories of my father. My dad also used to work at Vijay Merchant’s factory, and when he told me that Sanjay Manjrekar’s mother works at his place, I felt so proud as a cricket fan. That was my first connect with you without having met you in person. 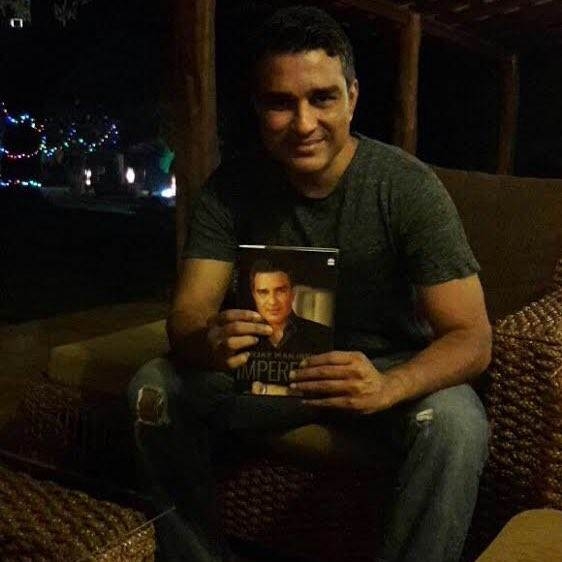 The next memory I have of you is not a very fond one, that of the disastrous 1996 World Cup semi-final. I was 12 then, and remember only sketchy details. I didn’t go to Cricinfo and check, but if memory serves me right, you were bowled round the legs by Sanath Jayasuriya for 25, after a wonderful partnerships with Sachin Tendulkar. It was one of the many heart-sinking moments that day. Ajay Jadeja also fell for a duck looking to play a similar stroke, if I can recollect correctly.

A distinct memory I have of that match is of the electricity going off in our building with Sachin in full flow. Just as the light came back, we could see another light flashing which declared Sachin Tendulkar stumped off Jayasuriya. The rest, as they say, is history. (Although in this case, tragedy sounds more apt). On that day, along with Vinod Kambli, I was among the millions who cried. Just like you guys, we also wanted the win so desperately. The atmosphere during that World Cup was something different. Our principal used to announce the scores on the speaker whenever India played, and asked us to pray for the team. Innocent as I was back then, I diligently did, and felt a sense of being cheated when India were eventually knocked out.

It’s been two decades since, and so much water has flown under the bridge since. I have almost stopped following cricket now. No matter how hard Virat Kohli and co try, I find a disconnect with the current side. Perhaps, just like you, I have matured. The advent of IPL hasn’t helped. The idea of cricketers from different countries, some superstars and some names never heard of, playing with the sole purpose of earning handsome money was not cricket to me. I don’t know about the other 90s kid, but I never warmed up to the cash rich league. Things might perhaps have been different if I was born a decade later.

This is exactly why I was so engrossed in your book. I wanted to know what actually happened after the 1996 World Cup semi-final. And, Ajay Jadeja’s reaction as described by you, was a really big revelation for me. As for then skipper Mohammad Azharuddin, I will forever remain a big fan of his batting in spite of what has transpired in recent years. And, I was glad that you touched upon the generous side of Azhar as well in your book. It was also an eye-opener reading about Manoj Prabhakar. We as kids hated him for his snail-like approach to batting. But you, having seen him from close quarters, certainly were able to present a different side of him. I have more respect for him now as a cricketer.

Just to sum up things, I would like to thank you for transporting me back to the 90s. So engrossed was I in the book that I would have finished it in one sitting had my wife not snatched it away to remind me that it was Sunday, and I am supposed to spend time with the family. The book was just like the many 30s and 40s you scored during your playing days, short and crisp. The only glitch I found (in case you are still consumed with perfection!) was that some stories were partly repeated in different chapters. But, then that’s quite apt for an ‘Imperfect’ book.