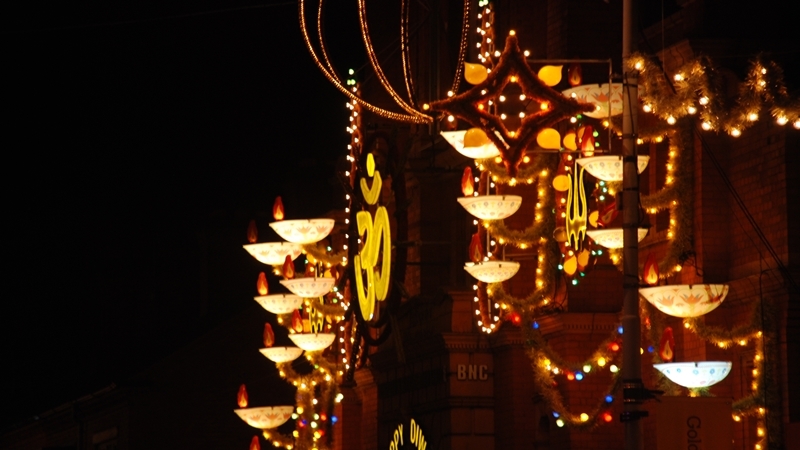 Houston: Texas Governor Greg Abbott hosted Diwali celebrations at his residence at an event attended by prominent Indian Americans where he lauded the community for its achievements in various fields. Abbott lit the ceremonial lamp at the Governor’s mansion in Austin city, to mark the festival of lights. At Sunday’s event, Abbott conveyed Diwali wishes to Prime Minister Narendra Modi, the people of India and Indian Americans living in Texas and other US states.

This is the consecutive fourth year the Texas Governor has hosted Diwali celebrations at his mansion in Austin. Those present were Indian Consul General Anupam Ray, Dy Consul General Surendra Adhana and Indian Americans from across Texas. Abbot lauded the Indian American community for its achievements in various fields and in participating in the prosperity of Texas.

He recalled his visit to India earlier this year, his meeting with PM Modi, and with Indian industry leaders. He spoke about growing friendship and trade and similarities between Indian and Texan values. “The growing similarity of sha­red values–education, entrepreneurship, economic advancement –and compassion will continue to bring the communities of India, Texas and Indian Americans closer,” Abbott said.