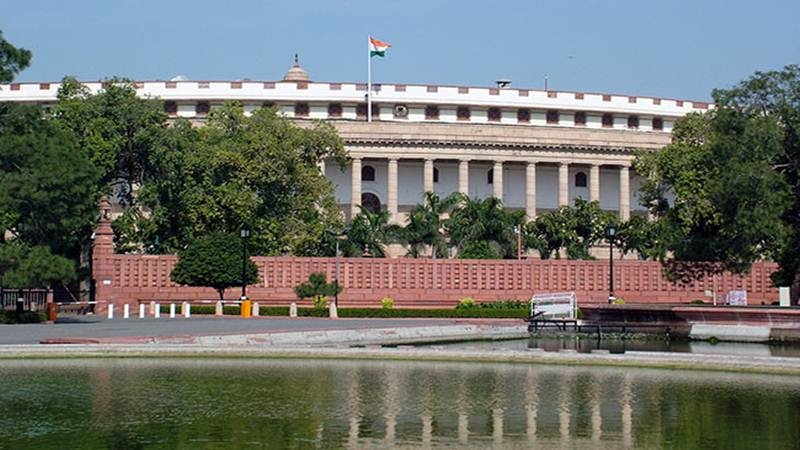 Elections in Gujarat are in full swing, and the campaigning had everything from name calling to casteism to temples. When it comes to politics in India, the politicians leave no stone unturned to make sure that the eyeballs of the entire nation are on them.

Temples have been made a big issue in the current elections and thanks to Kabil Sibal the issue was highlighted furhter more. While we are at the topic of temples let’s address the issue of Temple that matters ‘Parliament’.

Parliament is the temple of the democracy, and its uninterrupted functioning is key to smooth functioning of the country, but the government does not really look keen on opening the doors of the ‘Temple’ (Parliament) to have an discussion.

While BJP may claim this is not the first time that the ruling party has changed the timing of the sessions in the Parliament and it won’t be the last either. But if all our collective memory serves us right BJP came to power with a slogan ‘Party with a difference’, so if you are excuse for not opening the temple of democracy is that the others also did it, you might as well not call yourself the party with a difference.

The opposition has accused BJP and Modi of lack of courage to enter the Parliament because of the two national self-inflicted disasters like Demonetisation and GST.

The Prime Minister of the country, Narendra Modi, in 2014 had famously said that the Parliament is the temple of the democracy and he vowed that he will work for the poor, but much like his other promises Modi has forgotten this one too. Modi has locked the temple and got busy campagining for a state election.

Government has postponed the Parliament for an Assembly election while the country is facing the heat of price hike and recuperations of demonetisation and GST. When the poor of the country are struggling, the prime minister of the country has locked down the ‘Temple’ and has chosen not to serve the poor, like he vowed to.

How many times more are we going to witness the Prime Minster of the country putting his party before the country?