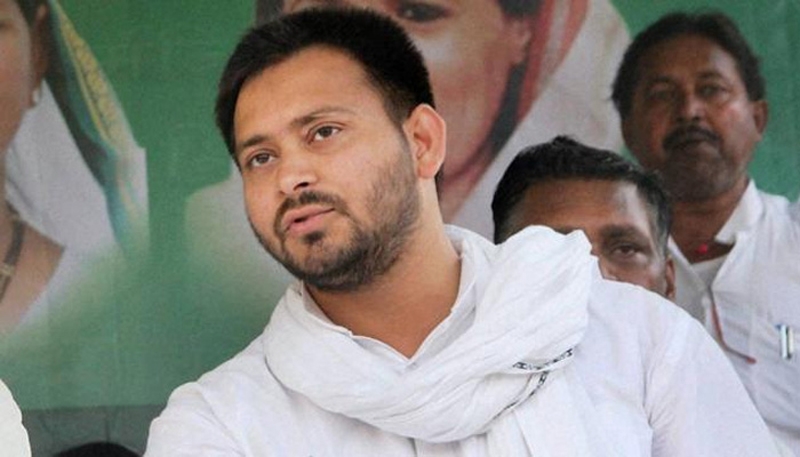 Patna: Rashtriya Janata Dal (RJD) leader Tejashwi Yadav on Wednesday hit out at Bihar Chief Minister Nitish Kumar for ‘halting’ Special Category Status (SCS) for the state. Speaking to ANI, Tejashwi said that Nitish is just pretending to work for the welfare of Bihar and asked him to resign from his post on moral grounds. “He is creating an image that he is working for Bihar but the BJP is at fault so taking a stand he must exit (from alliance). But all he cares about is a vote,” Tejashwi said.

This came after Bihar Chief Minister Nitish Kumar, in a blog, highlighted various issues impeding Bihar’s development and implored the central government for granting the Special Category Status (SCS) for the state. He lamented that state’s development has been hampered “due to lopsided policies, social and economic reasons” and said the Planning Commission and successive Finance Commissions (FC) have not been able to effectively address the issues of inequality of growth among the states through fund transfers.

“There has been a concerted effort by state government to turn the tide of underdevelopment and initiate the state towards a promising future of growth, prosperity and harmony in the last 12-13 years. In spite of unhelpful conditions and an inherent bias, Bihar has witnessed a double-digit growth in these years,” he wrote in the blog post.

Citing that the lack of industries in the state post bifurcation as being detrimental to both public and private investments, thus halting the state’s development, he said its direct result was the low per capita income in Bihar, which presently was 68 percent lower than the national per capita income.