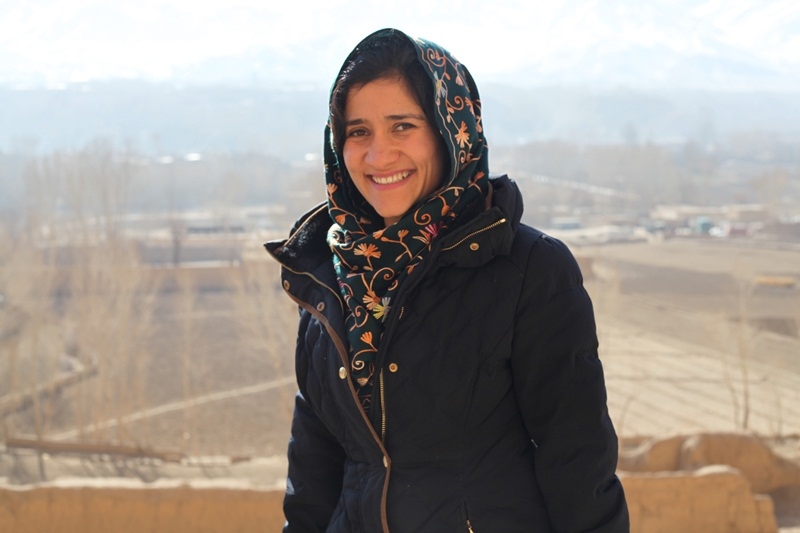 Shabana Basij-Rasikh is an educator who helps girls in Afghanistan get an education. She was born and brought up in Kabul when it was controlled by the Taliban and went to school secretly. She thereafter went to the US to study and graduated from the Middlebury College, Vermont. She is a Global Ambassador at 10*10 and supports action programmes that link non-profits, philanthropists and grassroots activists among other to back girls’ education. She is the Co-founder of the School of Leadership, Afghanistan (SOLA).

“Earlier it was illegal for girls to be educated in Afghanistan. My country has made progress in improving access to education. More than 60% of Afghan teenage girls are illiterate, and roughly a third of Afghan girls are married before 18. There are 130 million girls out of school worldwide. We will only start to make a dent when we spread the word of the incredible value an educated girl brings to the world.”

“I believe that girls’ education is a lever by which we move the world to a healthier, cleaner, safer place — a lever that we need everyone’s help to operate. I hope, through my talk, to invite men into this conversation, so that we can encourage girls around the world to keep studying.”

“In those early days we had to convince government officials that our model was educationally-sound. Most difficult was reaching out to the parents of students. Some of them believed in the value of having an educated daughter, some needed convincing. However, in every case parents needed to be reassured that we would keep their child safe. I founded SOLA in 2008, and we have proven ourselves today. But, I still sit in meetings with important people who tell me they admire SOLA’s achievements, and then tell me it’s a shame I’m wasting it on girls.”

“If just 1% more girls were enrolled in secondary school in India, GDP would rise by 350 billion rupees. Educated girls also marry later and have fewer and healthier children. Last year a coalition of climate change researchers ranked the 100 most effective ways to reverse global warming and listed “educating girls” at number 6.”

“In America a girl had the freedom to learn and the freedom to skip class. I’ve never forgotten how it felt to be in an environment like that. Afghan girls still see education as a privilege. Someday I want girls’ education to be normal.”

She was awarded the Davis Peace Prize to build wells outside Kabul and was chosen as one of Glamour’s Top 10 College Women of 2010, while at Middlebury Recipient of the Vermont Campus Compact 2011 Madeleine Kunin Public Service Award for outstanding leadership, Shabana Basij-Rasikh was also named one of National Geographic’s Emerging Explorers in 2014 and longlisted for CNN’s Leading Women of 2014. She founded SOLA, Afghanistan’s first boarding school for girls.