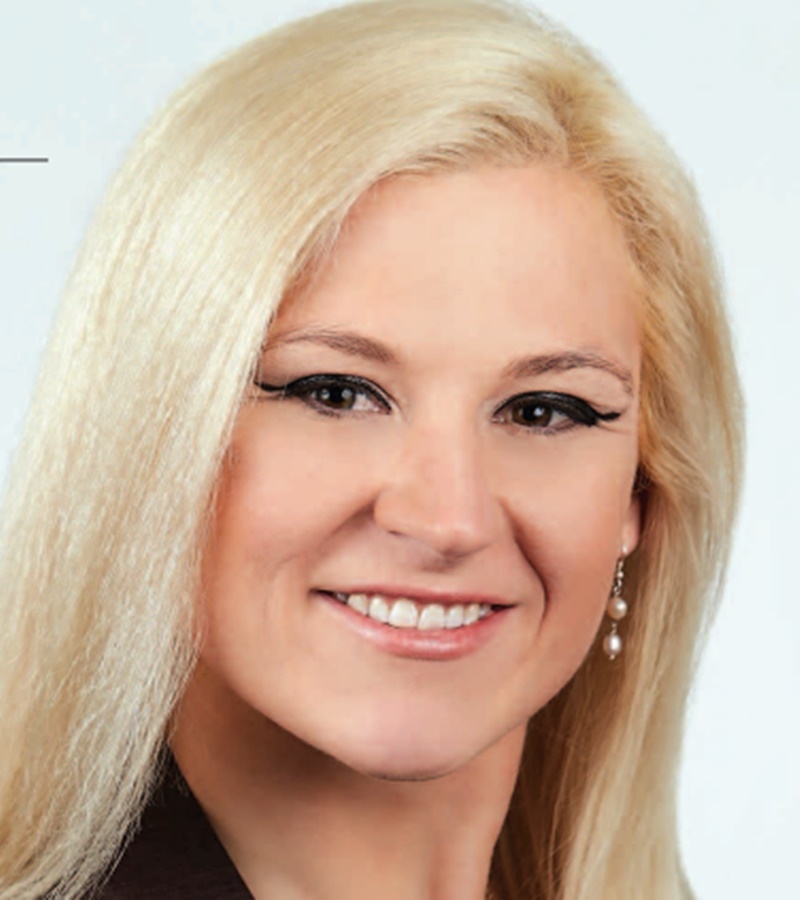 Behold the microscopic jungle in and around you: Tiny organisms living on your cheeks, under your sofa and in the soil in your backyard. We have an adversarial relationship with these microbes — we sanitize, exterminate and disinfect them — but according to microbiologist Dr Anne Madden, they are sources of new technologies and medicines waiting to be discovered. These microscopic alchemists aren’t gross — they are the future.

Here is the list of her achievements
• Discovery of a new fungal species, novel antibiotics, patent-pending brewing technology, commercially produced beer, new DNA based methods for detecting arthropod communities, licensed technology for the manufacturing of improved breads, and a greater understanding of the microbial life around us.
• Received prestigious research awards in my field including fellowships from the National Science Foundation,the Alfred P. Sloan Foundation,the American Philosophical Society, and Tufts Institute of the Environment.
• Published my research in peerreviewed journals and have presented my research at various high profile conferences including the World Beer Festival, Story collider, and TED.
• Member of Phi Beta Kappa, Sigma Xi (the international research society), and a brain trust member in the Helena Group Foundation.
• Most amusing achievement is the award for hair when she was named the 2015 Woman of the year by the Luxurious Flowing Hair Club for Scientists.
• Research featured by various news agencies including National Geographic,Newsweek,the BBC,The Washington Post, and PBS Newshour.

Tell us something about yourself?
As a scientist, my research focuses on understanding microbial communities — in diverse habitats of food, insects, and built environments — and deciphering the human applications of these microorganisms. I am currently a postdoctoral research fellow in the lab of Rob Dunn at North Carolina State University and a former Alfred P. Sloan microbiology of the built environment postdoctoral fellow at the University of Colorado. Along with my academic research, I have roles in the industrial sphere where we translate our research findings into commercial products. I am a partner in the brewing yeast company Lachancea LLC, former scientist at the biotechnology company Novobiotic Pharmaceuticals LLC, and I consult privately for various technology groups. In addition to my research pursuits, I am an avid science communicator, having presented at multiple TED conferences,the World Beer Festival, various museums, and at academic conferences on three continents. Prior to this work I received my Ph.D. in biology from Tufts University and my undergraduate degree in biological sciences from Wellesley College.

How did you get involved in research?
I fell in love with research when I was studying poison dart frogs in the jungles of Costa Rica.This was during my second year of college when I had a unique opportunity to give research a try. I learned firsthand that research can offer great adventures and fascinating puzzles. After taking a microbiology course in college later that year, I learned that I didn’t have to travel to unexplored places like jungles to find wild, novel life forms. I was living in a microbial jungle! I became fascinated by the idea that we are constantly immersed in the unknown world of the microscopic creatures that live in, on, and around us. Leaving industry, I went to graduate school and started investigating the microbiome of paper wasps — a common house pest that we knew almost nothing about at the microscopic level. After discovering a new species of fungus within these wasps, I set to work understanding how these microorganisms might be useful to industrial needs.Working with a group of researchers at North Carolina State University we discovered a microorganism that lives in wasps that can make valuable sour beer better than any species known.We have recently commercialized this technology through the company Lachancea LLC. I’ve since continued to work with different research groups to characterize the microbial communities of our urban environment, always with an eye for investigating how these new microorganisms might help us solve problems in our world. Even on my worst day, I’m still in awe of the microscopic jungle that surrounds us.

What are the benefits we get?
Microorganisms are the source of our solutions, not the source of our problems. The world is constantly searching for new technologies — technologies that will allow us to grow crops faster,technologies to make our food taste better,technologies to make our lives longer. I believe microorganisms are the source of these technologies. Through millions of years of evolution, microorganisms have developed ways of shaping their environment. In doing so they have found unique ways of transforming their environment and producing a vast array of chemicals. Certain microorganisms produce the fertilizers that help plants grow faster, while others have developed the ability to create antibiotics that kill pathogens. Still others are the sources of some of our favorite food flavors like beer and chocolate. In seeking new technology, we don’t need to invent something from scratch, we just need to identify which microorganisms have the needed skillsets for the problem at hand. Using this strategy of creatively harnessing microbial ‘superpowers,’ I’ve already been part of teams that have discovered novel antibiotics and improved beer brewing and bread making technology.

What are the challenges faced by you?
Many people only know of the bacteria and fungi that make people or crops sick.While some microorganisms do cause disease, these species represent only a few of the trillions of microscopic species that live on our planet. Part of the challenge of my work is revealing to people that microorganisms are not just grossor dangerous,they are going to be the source of our future lifechanging discoveries.They are sources of many of our favorite technologies: antibiotics, blood pressure medications, foods, cleaning detergents, biofuels, and plant fertilizers.We could not live without the microorganisms that help us digest food, or the microorganisms that make our plants grow.

What are your plans for the future?
In the future I will continue to investigate the microorganisms that live around us, but I am excited about exploring a new microbiome
frontier:the microbiome of foods. So many of our favorite foods are made possible by microorganisms — bacteria and fungi.These include foods and beverages like dosa, sourdough, chocolate, wine, beer, cheese, toddy, and coffee.Using new DNA technology we can finally explore what microscopic species are responsible for making these foods. By finding out what microorganisms are in these foods, we are likely to discover new life, but also creatures that we can harness to make even better foods.